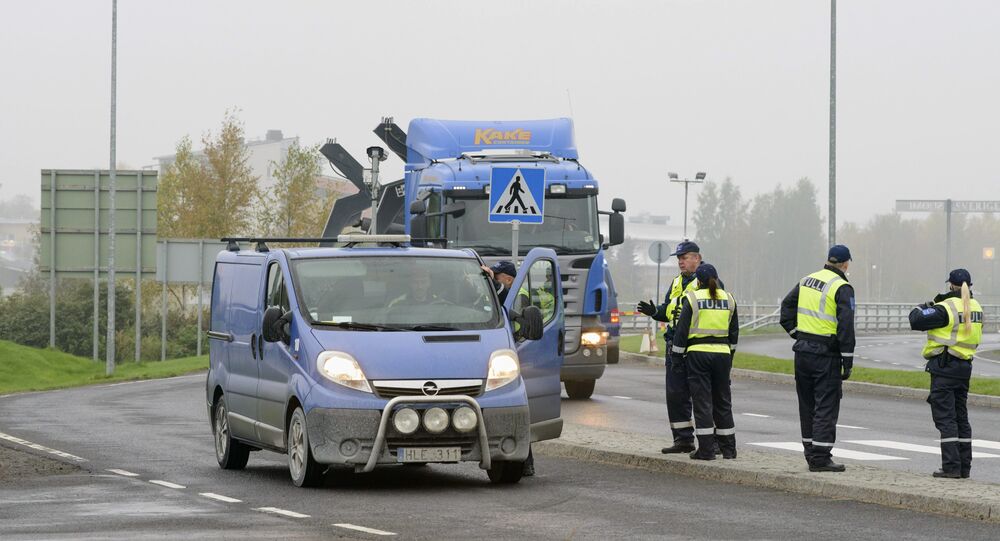 Reports indicate that hordes of foreign nationals who had been asked to leave the Nordic country have simply gone missing, and police say there’s little they can do about it.

© AFP 2020 / EMMANUEL DUNAND
Sweden Extends Temporary Border Controls Until Dec 11 – PM
Sweden, which had previously declared itself open to refugees fleeing violence in the Middle East, recently slammed the door firmly shut on new arrivals, extending the temporary border controls with other Schengen countries until December 11, after receiving more than 100,000 refugees from January 2015.

The country's Migration Agency told 21,748 people to leave Sweden a month ago, Aftonbladet reported on Friday, but now 14,140 of them have been listed as "departed" or "wanted," with no further information.

Some are thought to be keeping a low profile somewhere within the country; others are believed to have crossed the Swedish border.

"We simply don't know where they are," the newspaper quoted Patrik Engström, Director of Sweden's National Operations Division (NOA), as saying.

The remaining 7,608 migrants, awaiting deportation, are reportedly either in custody, still living in refugee centers or have registered private addresses.

Engstrom added that local law enforcement have struggled to enforce deportation orders due to lack of staff, most of which is deployed at borders carrying out ID checks.

"It's a huge task and it is completely dependent on the police being allocated resources," said Engström.

Engstrom stressed the difficulty for Sweden in implementing deportation procedures, as countries like Iran, Iraq, Afghanistan, Somalia, Eritrea, Lebanon, Morocco, and Libya must be willing to take their citizens back.

"There is nothing that the police can do about this, as it is a matter of diplomacy and politics," he said.

In 2014, the number of those leaving the country of their own volition after receiving deportation orders amounted to 41%. The rest were forced to leave Sweden, though in most cases the asylum seekers went into hiding.

Due to a relatively generous policy towards people seeking refugee status prior to the implementation of temporary border restrictions, many displaced people have traversed Europe to Sweden. This has prompted internal protests as well as debates across Europe between those welcoming refugees and those who fear what might be called the "Islamisation" of Europe.

Sweden Ready to Assist France in Fight Against Islamic State