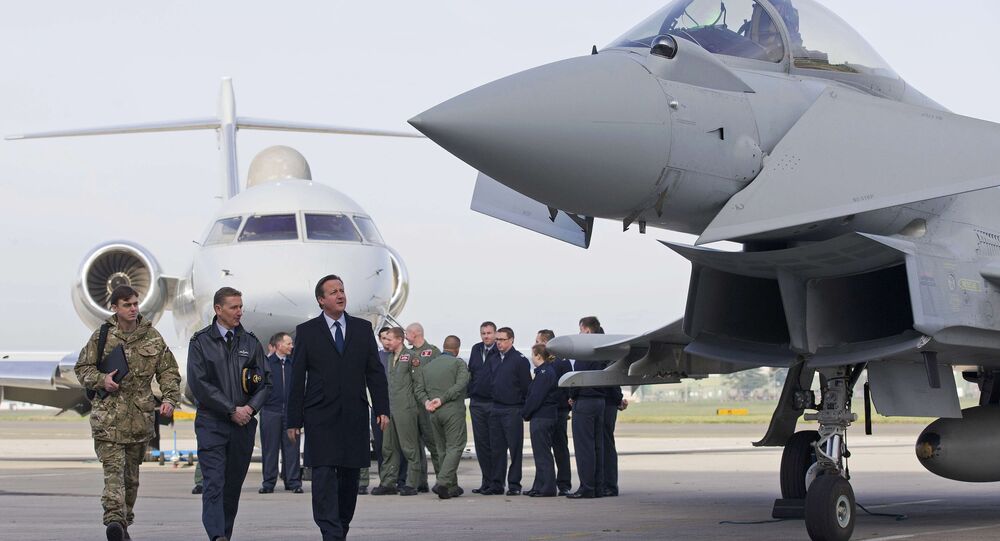 UK Prime Minister David Cameron has faced opposition over his plans to join the fight against ISIL in Syria, with Labour leader Jeremy Corbyn warning of the "unintended consequences" of such actions, while the SNP ruled out supporting the proposal without a satisfactory long-term strategy.

Cameron took to parliament to lay out his plans to extend airstrikes into Syria, arguing that Britain shouldn't "sub-contract its security" out to other countries amid fears ISIL is planning an attack on British soil.

"If we won't act now, when our friend and ally France has been struck this way, then our friends and allies can be forgiven for asking: If not now, when?"

"It is wrong for the UK to sub-contract its security to other countries, and to expect the aircrews of other nations to carry the burdens and risks of striking ISIL in Syria to stop terrorism here in Britain," Cameron said.

2/2 It's wrong for the UK to sub-contract its security to other countries — expecting them to carry the risks of striking ISIL in Syria.

Ahead of his appearance in parliament, Cameron released a 36-page letter to the cross-party Foreign Affairs Committee calling on Britain to address the country's national security threats head on.

Cameron called on the UK to strike ISIL jihadists at the base, arguing that they shouldn't be allowed to survive in a "safe haven."

"We have to deny a safe haven for ISIL in Syria. The longer ISIL is allowed to grow in Syria, the greater the threat it will pose."

The address came less than a month after the Foreign Affairs Committee released a rather critical report saying that airstrikes in Syria would have a "marginal effect" and should only be approved if the government had a "coherent international strategy" supported by a UN mandate.

Labour leader Jeremy Corbyn remained very cautious, questioning what impact Britain's intervention in Syria would have on the existing campaign unless the overall military strategy was reassessed.

Citing previous wars in Afghanistan, Iraq and Libya, Corbyn warned of the "unintended consequences" of such action in Syria and raised concerns over "mission creep" amid fears ground forces may eventually be deployed in to the country.

The Labour leader also raised questions about how bombing ISIL targets was going to help find a political solution in Syria.

While Corbyn has in the past maintained that military intervention should be an absolute last resort, it's understood that the shadow Labour cabinet will discuss the issue this afternoon.

Adding to the opposition was the Scottish National Party (SNP), with the party's Westminster leader Angus Robertson, saying they would not be voting for airstrikes unless Cameron answered several questions about the military campaign and post-war exit strategy.

Key questions over Syria still not answered by PM David Cameron. Unless they are, @theSNP will vote against his bombing plans #Syria

He accused the PM of wanting Britain to "launch a bombing campaign without an effective ground support in place and without a reconstruction plan." Robertson asked:

"How will the UK secure peace on the ground in Syria?"

Cameron replied that helping forces on the ground gain Syria from ISIL would allow for a solution to the overall conflict.

Policy: Does the SNP support the UK government’s plans for air strikes in Syria?https://t.co/Fg64S8v7CZ

When quizzed on the cost of reconstruction in Syria, Cameron said that the country was willing to spend US$1.5 billion (£1bn) towards post-war reconstruction efforts.