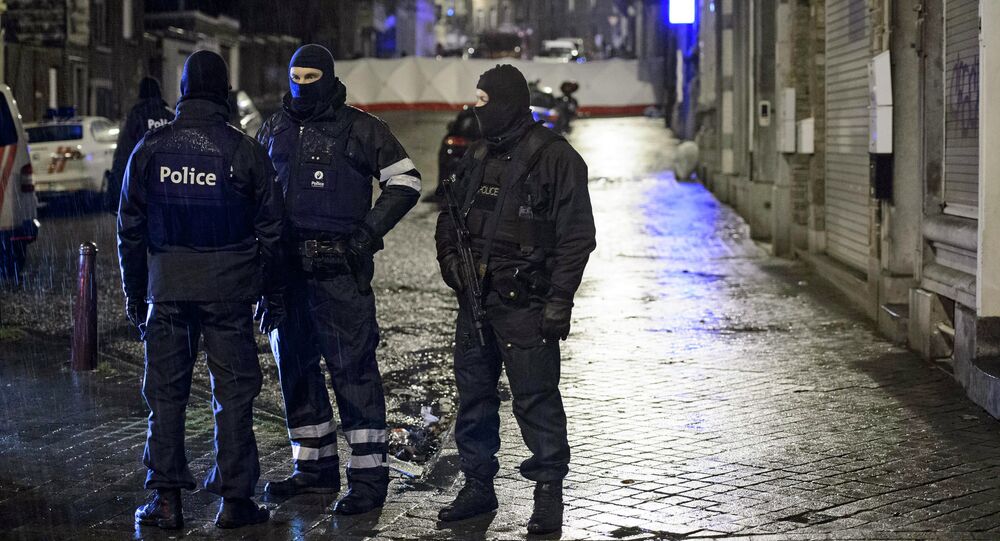 Belgian police are seeking a male relative of the female suicide bomber who detonated her explosive belt during a pre-dawn raid in a Paris suburb this week, informed sources told local media Friday, citing fears of retribution.

BRUSSELS (Sputnik) – "He is nowhere to be found, without a trace. We fear that he has big plans to seek revenge for the death of the suicide bomber in Paris," the Belgian Het Nieuwsblad tabloid quoted its source as saying.

Hasna Ait Boulahcen, the suicide bomber who killed herself in Wednesday’s seven-hour raid in the northern Parisian suburb of Saint-Denis, is said to be the cousin of the Paris attacks planner, Abdelhamid Abaaoud.

© AP Photo / Militant photo
Alleged Paris Attacks Mastermind Abaaoud Killed During Police Operation in Saint-Denis
Boulahcen’s relative, who remains at large, is reportedly a resident of the eastern Belgian municipality of Maasmechelen in the Limburg province bordering the Netherlands.

Limburg police and federal prosecutor have requested locals to be on the lookout for the suspect’s vehicle.

Abaaoud was confirmed on Thursday to have been killed in the Saint-Denis raid inside a third-story apartment in a suburb located near Stade de France, one of the sites of the November 13 series of coordinated attacks. At least 129 people were killed and over 350 injured in the deadliest violence on French soil since World War II.

'We Will Not Surrender': Paris' Bataclan to Reopen Despite Bloodbath Attack