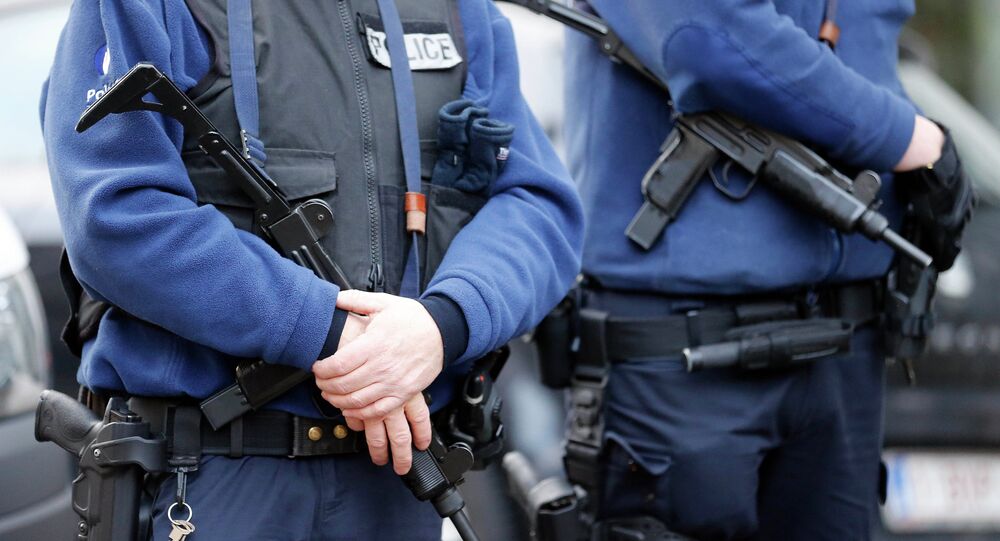 A suicide bomber, who detonated himself outside the Paris Comptoir Voltaire cafe on November 13, was charged with burglary in Belgium earlier this year but released, media reported Thursday.

BRUSSELS (Sputnik) — In May, Ibrahim Abdeslam broke into a diner in the Brussels suburb of Molenbeek, according to RTL TV channel that obtained a footage of police arresting the future suicide bomber. Belgian police confirmed Abdeslam was the man on the video, according to the broadcaster.

© REUTERS / Stringer
Belgian Police Detain Another Suspect in Anti-Terror Raids in Molenbeek
In January, the Belgian Federal Prosecutor's Office questioned and released Abdeslam after he attempted to leave for Syria, the broadcaster added.

French and Belgium police search for Ibrahim's brother, Salah, considered to be a key suspect in the Paris attacks.

On November 13, a series of coordinated attacks at various locations in the French capital left 129 dead and over 300 injured.