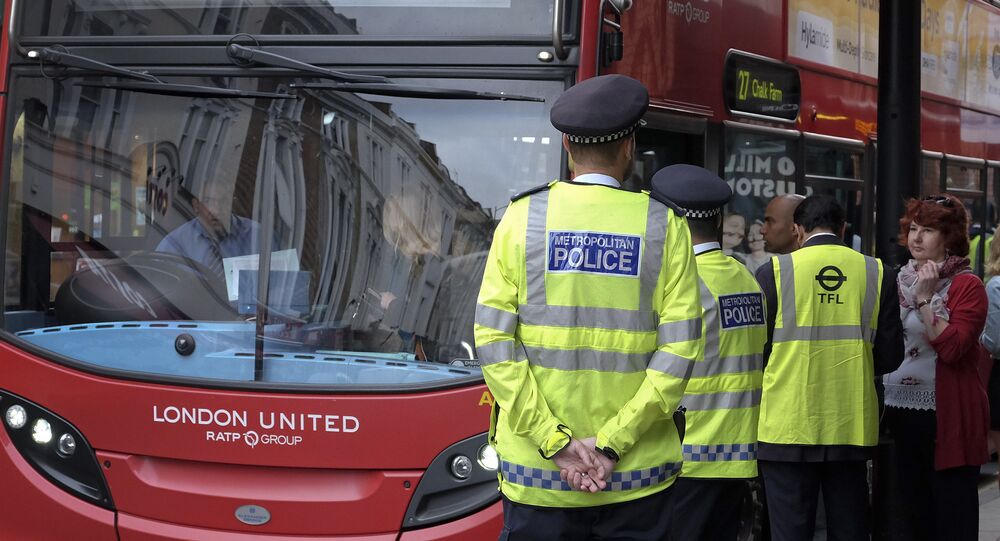 London’s Metropolitan Police chief says a third more armed officers and response vehicles will be deployed in London following the recent terror attack in Paris. More firearms officers will also be sent to Wembley Stadium ahead of England’s friendly football match with France on Tuesday.

Scotland Yard chief Sir Bernard Hogan-Howe told LBC radio that the police operation during the game would involve some armed police officers, which people may find unusual but he hopes "they’re reassured by it, not worried about it".

DAC Terry: Help us out by arriving at the venue early additional entry searches may take longer than people are used to #ENGvFRA

"What we’re seeing on the streets of London is actually similar to what was visible during the Olympics in 2012: more security at airports and at big events at certain times."

"The London Olympics was definitely a target – but it was kept safe. There is a worry that copy-cat attacks could take place — but events like the football match between France and England will be secure," Gilmore said.

"The UK has experienced this before with the threat from the IRA and Al-Qaeda."

There are currently around 4,000 so-called 'home-grown' terror suspects living in the UK. Margaret Gilmore explains why people remain under surveillance rather than being brought in for questioning.

"It is all down to an assessment made by intelligence development officers and those trained in MI5 and the police who are sifting through evidence and information in order to make the right threat assessment. Usually they get it right – but it can go pear shaped if they don’t."

The recent terror attacks in Paris, according to Gilmore, show that "ISIL has the ambition and capability to carry out bomb attacks outside of their traditional arena in the Middle East".

"We have to adapt to that and what we’re witnessing here is that members of ISIL are operating in cells and in numbers where they can communicate easier – but they can be traced," Gilmore told Sputnik.

© Flickr / Layums
UK Terror Attack 'Highly Likely' Says Britain's PM
The current terror threat in the UK is classed as "severe", should that rise to "imminent", the sight of armed police patrolling Britain’s streets could become a familiar sight.

Sir Bernard Hogan-Howe hit back at the budget cuts and suggested that the safety of London was at risk from the loss of up to 8,000 police officers in the capital and warned that the legacy could limit the Met’s ability to respond to a major terror threat.

London Ready to Give Police Military Support in Providing Security