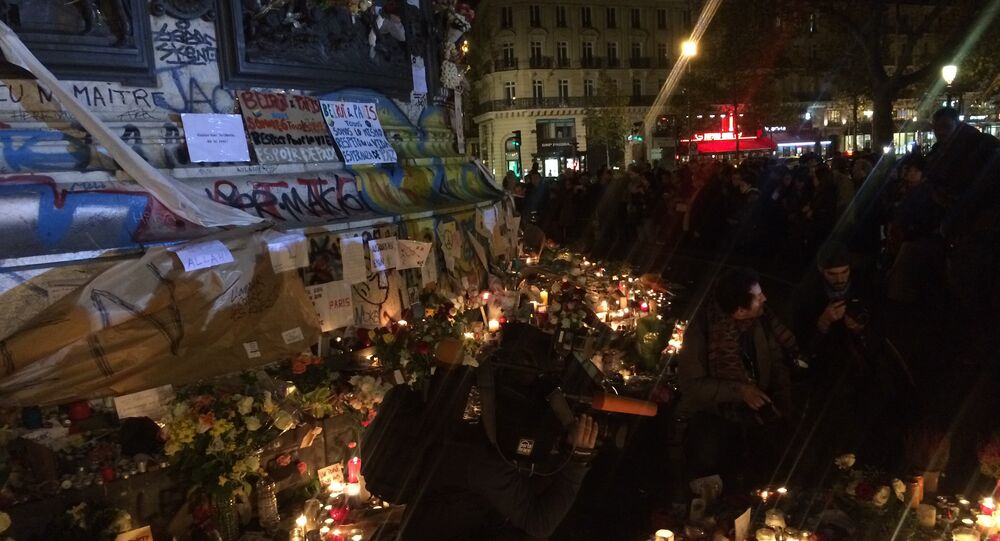 Days after the Paris terror attacks, a French Muslim stood in a Paris square and asked his fellow Parisians to hug him.

© Sputnik / Natalya Novikova
CNN Just Doesn't Get it: Hosts Berate Muslim for Not Taking Responsibility for Paris Attacks
A French Muslim opened his arms to Parisians on Monday, when he blindfolded himself and stood in Paris' Place de la Republique, asking his fellow Parisians to hug him.

"I'm a Muslim, but I'm told that I'm a terrorist," he wrote on a placard on the floor next to him.

"I trust you, do you trust me? If yes, HUG ME," read the second message.

A crowd of Parisians gathered around; many hugged the man, others took photos, and some got emotional.

"Hug me if you trust me, I'm told I'm a terrorist", –Muslim man opens his arms to Parisians#Paris #PlacedelaRepublique #ParisAttacks #Islamophobia #MuslimsAreNotTerrorists

"I would like to thank every one of you for giving me a hug," he said at the end of the action, taking off his blindfold.

"I did this to send a message to everyone. I am a Muslim, but that doesn't make me a terrorist. I never killed anybody."

"A terrorist is a terrorist, someone willing to kill another human being over nothing. A Muslim would never do that. Our religion forbids it."

APEC Abstains From Statement on Terrorism After Paris Attacks - Diplomat