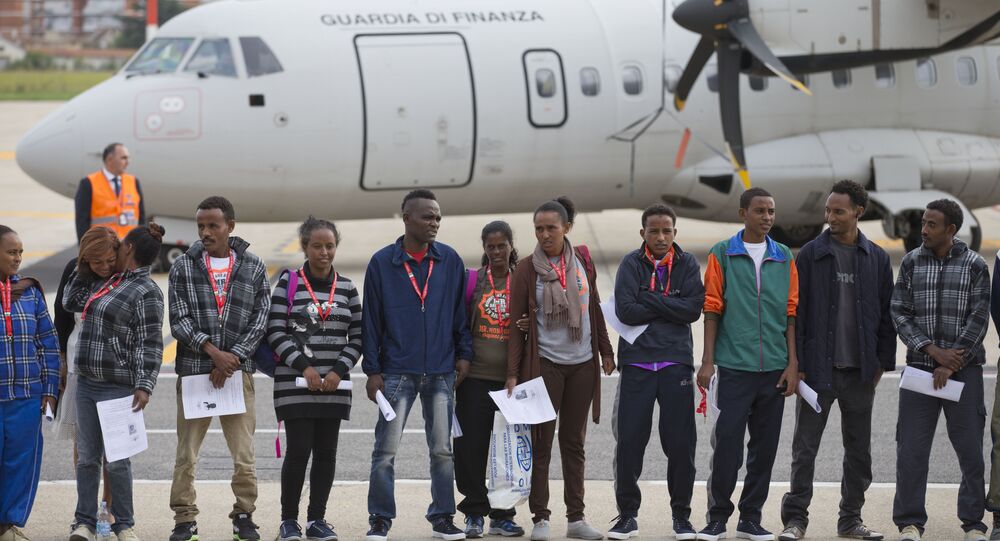 A record of 10,553 people applied for an asylum in Sweden last week, the country's migration agency Migrationsverket said in a statement on Monday.

MOSCOW (Sputnik) — The majority of asylum seekers came from Afghanistan, Syria and Iraq with 4,736, 2,536 and 1,456 applications respectively, according to the statement. Some 2,900 refugees were children not accompanied by a parent or legal guardian.

© Flickr / fab_a_paris
Sweden Decides to Introduce Border Controls to Counter Refugee Influx
On November 5, Swedish Minister for Migration and Asylum Policy Morgan Johansson said that the number of asylum seekers was increasing faster than the number of accommodation places, meaning that there were no guarantees any more that the authorities would be able to accommodate everyone.

Earlier in October, Migrationsverket reported that Sweden expected up to 190,000 asylum seekers to arrive in the country in 2015.

Over 1.2 million illegal border crossings have been made into the European Union since the beginning of 2015, according to the EU border agency Frontex.