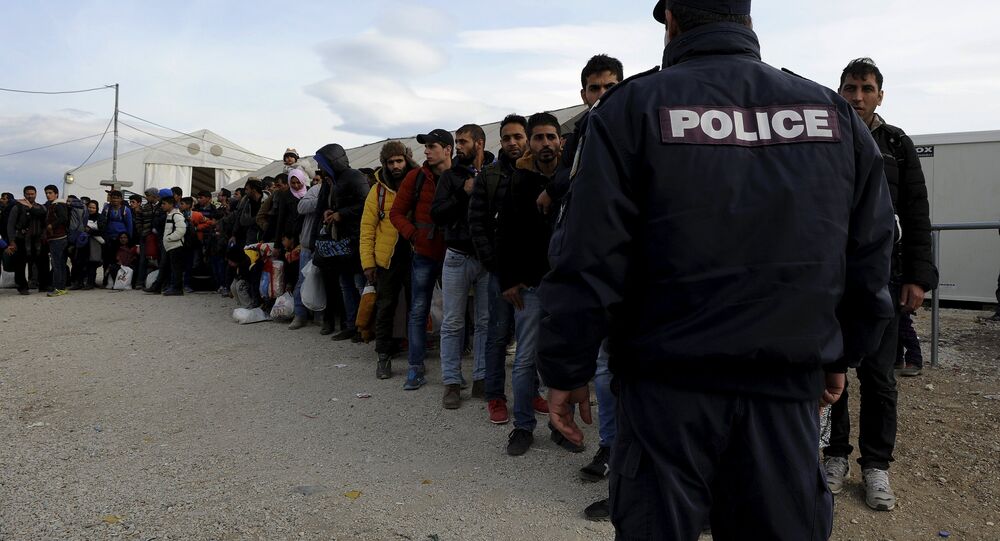 Over 20 percent of asylum seekers arriving in Europe may have ties with IS-affiliated groups, the Syrian ambassador to India told Sputnik Monday.

"Among the refugees, who went to Europe, maybe more than 20 percent belong to ISIL groups. Now Europe has received bad element into their ground. They will face further problem in future," Riad Abbas said, commenting on recent deadly terrorist acts in Paris on November 13.

According to the diplomat, terrorism has penetrated everywhere in Europe.

"Now Europe is under the pressure. Although Syrian peoples are suffering but the fact is that since terrorism has no boundaries it can reach any country," he said, adding that all the countries must unite to combat extreme violence against civilians.

Syrians who fled their homeland due to the ongoing civil war will return to their cities and their work, Abbas noted.

The Paris terror attacks left at least 132 dead and over 350 injured, 99 critically.

Almost 3,500 Refugees Died in Mediterranean En Route to Europe in 2015