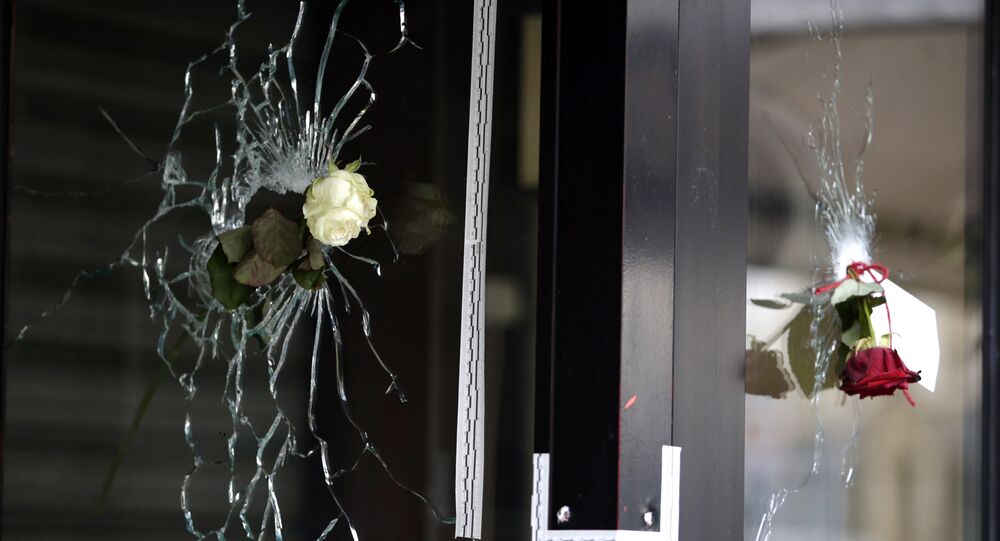 Intelligence officials have reported that a Syrian passport belonging to one of the eight terrorists who carried out the Paris attacks was a fake, which was made in Turkey and then used for passage through Europe.

© Sputnik / Galina Azule
French Police Detain 6 Paris Attacks Suspects
A Syrian passport bearing the name 'Ahmad Almohammad,' found on the body of one of the eight terrorists who carried out the Paris attacks, appears to be a fake. The jihadist obtained it in Turkey, intelligence officials reported.

According to some reports, two Syrian passports were found on the bodies of two of the terrorists, but Paris police sources say they were both fakes.

On Sunday, the Serbian newspaper Blic printed a picture of the passport reported to belong to a 25-year-old Syrian called Ahmad Almohammad, who carried out a suicide bombing close to the Stade de France.

Serbian officials told the paper that Almohammad entered Serbia from Macedonia on October 7 and formally applied for exile. He passed a security check for weapons there, and was not armed.

If US intelligence official is right, that might mean that Greek officials don't know fake from real passports… pic.twitter.com/kT2fl74sn7

According to recent reports, the fake passport did not contain the correct numbers for a legitimate Syrian passport.

Almohammad arrived in Macedonia after previously entering Greece on October 3. After Serbia, he was registered again at a refugee center in Croatia, after which he reportedly traveled to Western Europe through Hungary and Austria.

RTL Croatia says the holder of the SYR passport at #ParisAttacks was registered in HR too, then proceeded to HU and probably AUT.

Sources in the French police on Sunday reported the identification of one of the eight terrorists who carried out Friday's attacks, 29-year-old Omar Ismail Mostefai, a French citizen of Algerian origin. Mostefai was one of three gunmen who opened fire at the Bataclan theater, killing 89 people during a concert. The terror attacks on Friday left 129 people dead and 352 injured.