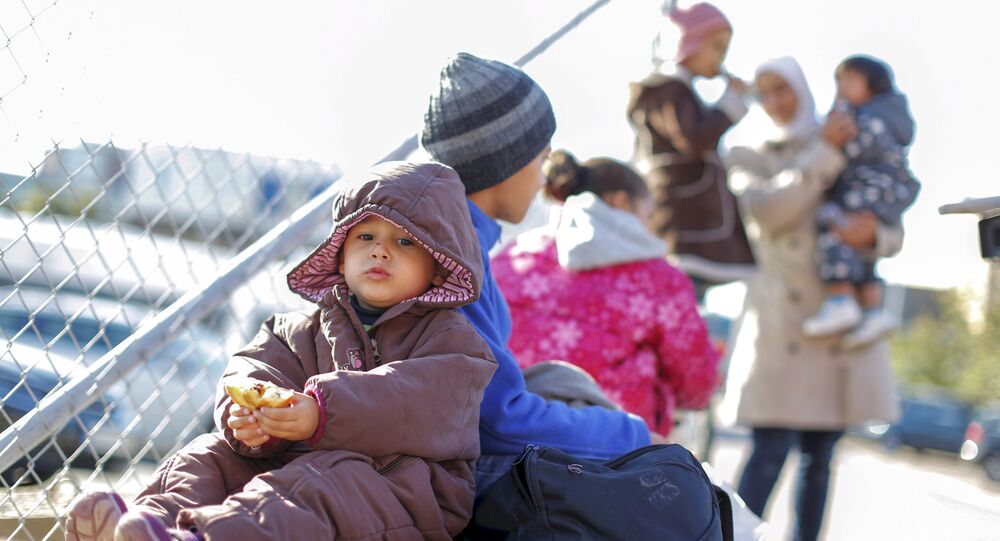 Sweden’s Minister for Migration Morgan Johansson on Thursday said that his country cannot guarantee accommodation for all asylum seekers anymore and called on refugees who are currently in northern Germany to remain there, The Local news portal reported.

MOSCOW (Sputnik) – Sweden has been struggling to provide enough beds for the record number of refugees crossing into the country from Germany and elsewhere, the media said, citing Swedish authorities.

© AP Photo / Adam Ihse, file
Sweden Burns Amid Anti-Migrant Mayhem as Arson Attacks Continue
According to the politician, Sweden is in a "very dramatic situation," especially in recent days.

"Last week we saw a decline [of refugee inflow], but now the past few days, we see an increase," Johansson added.

Earlier in the day, Sweden's Migration Board said that more than 2,000 asylum seekers were expected to to try to travel to Sweden from the city of Rostock in northern Germany, setting a new daily record.