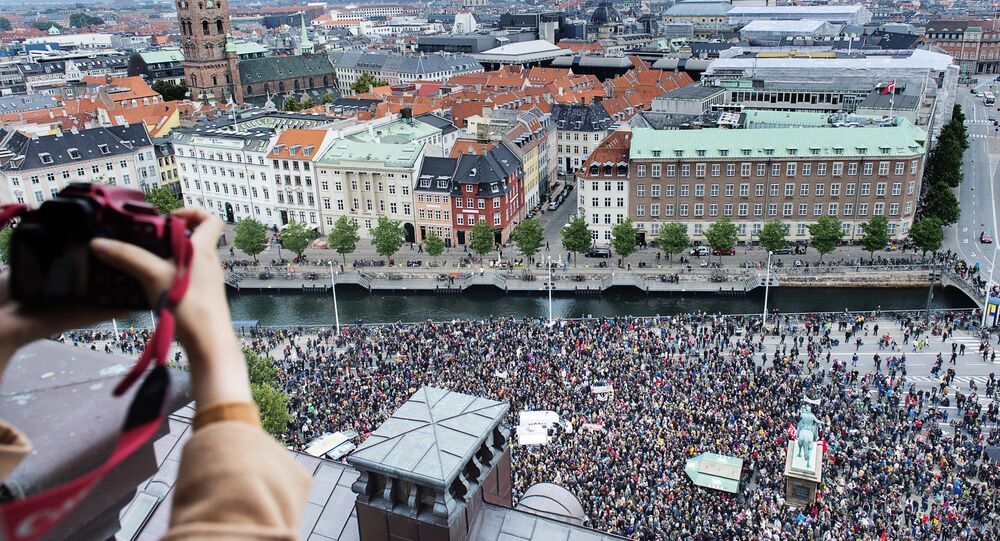 Danish politicians have called for combating rape by immigrants in the country with a Norwegian program, in which a voluntary five-hour course on sexual education is offered.

Danish political parties are pushing for the inclusion of sexual education in language courses for immigrants in an effort to reduce the disproportionate number of rapes committed by the demographic, the Local reported.

The course would focus on such topics as the idea that women in revealing clothing and drinking alcohol are not making an invitation to have sex. Immigrants and their children were behind over a third of Denmark's rapes in 2013 and 2014, despite making up only around 12 percent of the population. The idea is based on a similar course in Norway.

"We had some problems in Stavanger because some of the refugees had sexually violent episodes with Norwegian girls in the center of the town. So the police, the immigration department and [refugee agency] Hero Norge launched a project to teach refugees about Norwegian behavior," Hero Norge head Linda Hagen told the Local.

© Photo : Screenshot/YouTube/vpro zondag met lubach
Dutch Satire: 'Refugees: Do Not Come to the Netherlands…Go to Denmark Instead'
Denmark's political parties across the spectrum agreed with the idea, telling Danish media that Norway's experiment should be copied.

"It’s important to tell them that this kind of behavior or clothing doesn’t mean that it's allowed for you to go the whole way. If a girl says 'no', it’s a 'no'," Hagen added.

Hagen stressed the importance of cultural sensitivity on the subject, as many immigrants come from countries where women are not permitted to wear revealing clothing or go out alone.

"It’s difficult if you come from a country where women never go out. When you see a girl with a short skirt dancing at a party late in the evening, what kind of message will it give you?" Hagen said.

The increasing numbers of rapes in Scandinavian countries has also led to new inventions meant to protect women. A group of Swedish teenage girls previously invented and sold a complex "anti-rape belt" to deter attackers while another Swedish woman invented an "anti-rape tampon" with an outward-facing pin at its end. The devices have been criticized as modern-day chastity belts that put the blame for rape on victims rather than attackers.