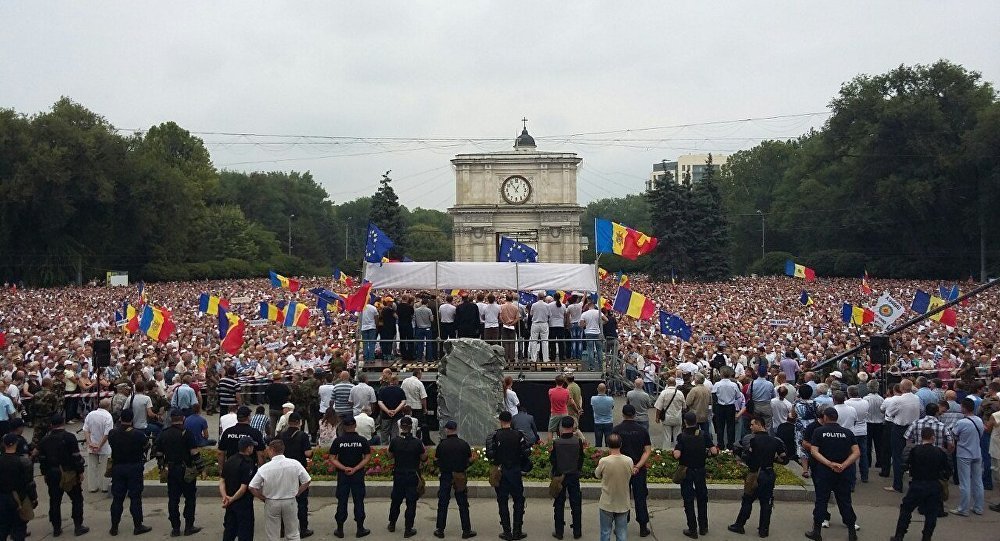 Moldovan Opposition to Rally Amid Non-Confidence Vote Against Gov't

The Moldovan opposition will rally outside of the country’s parliament, where the lawmakers will be holding a non-confidence vote Thursday, an opposition source said.

MOSCOW (Sputnik) — On Thursday, the parliament of Moldova will hold a vote of non-confidence against the government amid popular protests demanding the resignation of the Moldovan president and the prime minister, as well as calling for early parliamentary elections and legal action on corruption.

"Our rally will begin at 09:00 [07:00 GMT]. Two groups of demonstrators will head to the parliament. We shall hold a large-scale rally demanding resignation of all the leaders of the country," the source told RIA Novosti on Wednesday.

The protests in Moldova broke out over the largest known incident of fraud in Moldovan history, namely, the disappearance of over $1 billion, or the equivalent of about 15 percent of the country's gross domestic product (GDP), from three Moldovan banks last year. The incident negatively affected the country's banking system and led to a depreciation of the national currency.

On Wednesday, Strelet said he would announce his decision on proposed resignation before the non-confidence vote.

Moldovan Opposition Could Be Prosecuted on Criminal Charges Amid Protests