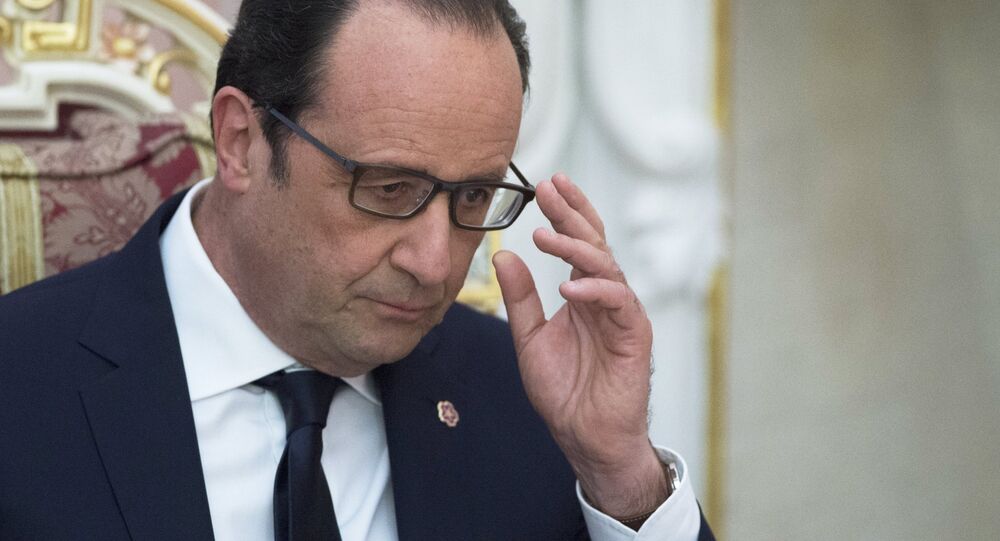 The Greek ESIEA union of journalists announced a twenty-four hour nationwide strike amid a visit of French President Francois Hollande to Athens.

"The ESIEA defends ethical journalistic practices and freedom of expression," the union stressed in its release, adding that it plans to "defend pension rights and the autonomy of funds."

According to ESIEA, the media landscape in Greece is changing, leaving room for a new wave of lay-offs and degrading labor relations.

The Athens journalists’ union is also protesting against a bill paving the way for the issuing of tenders for broadcasting licenses.

The twenty-four hour strike announced by ESIEA will result in a blackout of all Greek private and state television channels.

It comes as French President Francois Hollande is on a visit to Athens.

The Greek parliament voted in support of a number of measures, including pension cuts, demanded by the country’s lenders under a third bailout package earlier this month.

The measures need to be passed ahead of the lenders’ evaluation of Greece’s progress in the implementation of reforms, needed to secure the release of more financial aid.

In July, Greece's international creditors, which include the International Monetary Fund (IMF), the European Central Bank (ECB) and eurozone countries, signed an agreement with the country's government, approving a third bailout package for Athens worth €86 billion (about $95 billion) in exchange for more austerity measures.

According to Greek Prime Minister Alexis Tsipras, the main current objective of the Greek government is to conclude the first review of the country’s bailout before the end of November. This will allow Greece to finish bank recapitalization by the end of 2015 and subsequently start talks on debt restructuring.