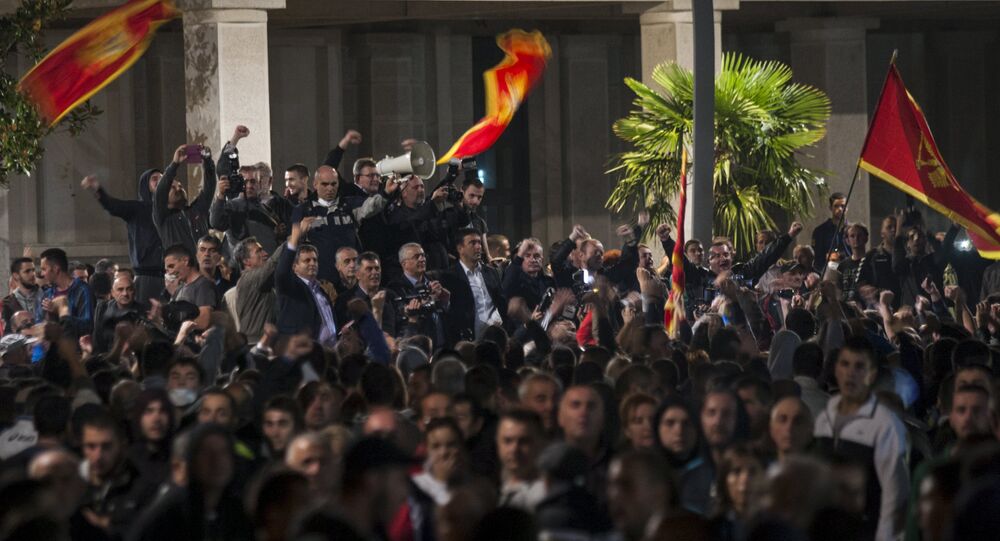 Montenegro Leader Accuses Russia of Supporting Opposition in His Country

Montenegrin Prime Minister Milo Djukanovic said he believes Russia was supporting the Montenegrin opposition because it wanted to stop the country’s NATO integration.

"There are no doubts after two messages of the Russian Foreign Ministry that the Russian politics is on the side of the protest organizers," Djukanovic told Bosnian federal television in an interview late Wednesday.

According to the prime minister, Russia wants to stop not only Montenegro’s accession to NATO, but that of other Balkan states as well.

"The cessation of NATO’s expansion in the Balkans is an official aim of Russia’s state policy," the prime minister said.

Earlier this month, the United States announced that it was prepared to extend an invitation to Montenegro to join NATO in December. The US suggested the offer during a meeting of NATO foreign ministers, but provided a caveat that the country must continue to implement reforms and work to increase popular support for membership in the military alliance.

Russia has expressed concern over NATO’s growing military presence in Eastern Europe, warning that it could be a threat to regional and global stability.

Montenegro Protests to Be Probed for Excess Police Violence