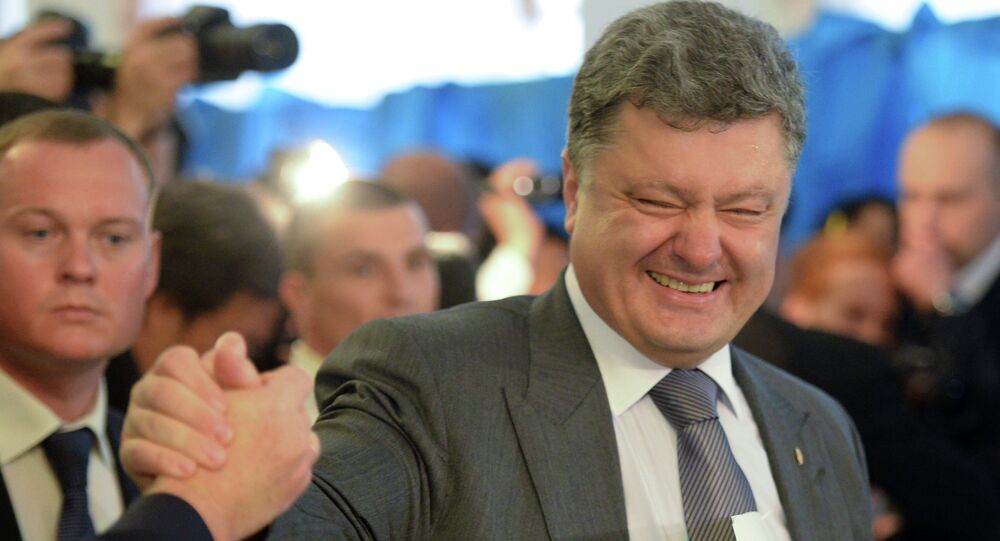 Does it count as embezzlement if you're president of a country, but own a media empire which dodges taxes by paying journalists under the table? Ukraine's Poroshenko is accused of doing just that.

Poroshenko's Channel 5 is one of Ukraine's most influential news and talk stations. An opposition outlet in the Yanukovych years, the channel apparently continues to pay its employees under the table and has failed to provide sick leave, medical insurance or other benefits. The channel completely denied the accusations.

"It looks cynical when the president declares one thing, but actually does completely another," Roman Sukhan, a former employee, told DW.

© REUTERS / Gleb Garanich
Money-Losing Business: West Loses Faith in ‘Project Ukraine’
Other former employees confirmed the allegations that the channel pays a taxed monthly wage of 1,000 hryvnias ($45) on one bank card, and the rest on another. Another employee told DW that the system also allows the channel to control journalists by imposing fines on the untaxed pay, with no paper trail to prove that they were fined.

The head of legal studies at Ukraine's Media Institute Roman Golovenko told DW that ideally, the channel would be audited by tax services, but does not see any consequences for continued tax fraud by the company, as it is owned by the Ukrainian president.

Poroshenko Orders Ukrainian Media Not to Show Handshake With Putin