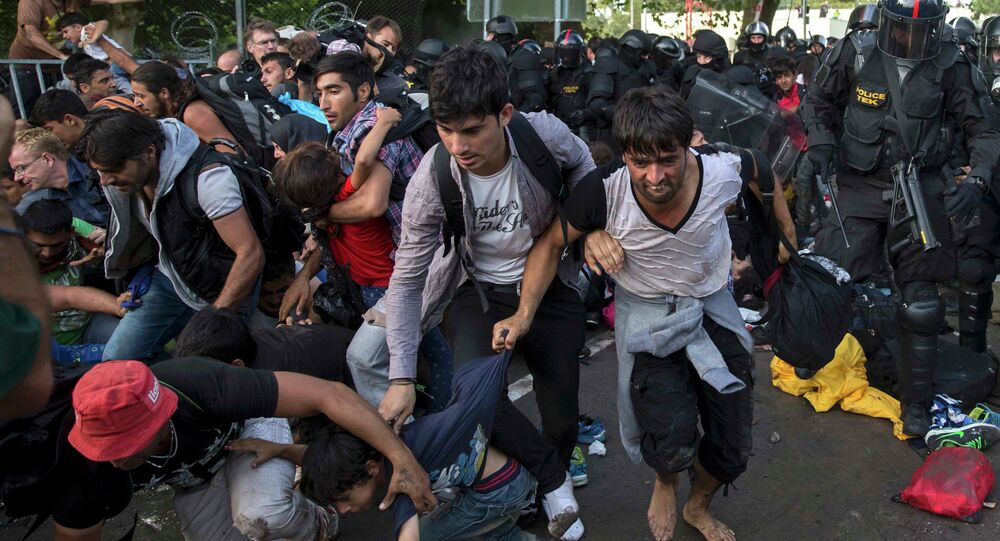 Serbia will not build walls to protect its border from the refugee inflow as other countries are currently doing amid the massive migrant crisis in Europe, Serbian Prime Minister Aleksandar Vucic said Tuesday.

BELGRADE (Sputnik) — In recent months, Europe has been facing a major influx of migrants fleeing war-torn countries in the Middle East, North and Sub-Saharan Africa. The Western Balkans are one of the most-used routes into the European Union for migrants and asylum seekers.

"Let other countries erect walls. Let them do whatever they want, but we will not put up any walls. Whatever the situation, we will maintain it under our control," Vucic told journalists.

© REUTERS / Marko Djurica
Croatia Vows to Erect Fence on Serbia Border if Germany Closes Doors for Refugees
In response to the massive wave of migrants transiting the country the Hungarian government built fences along the country’s Croatian, Romanian and Slovenian borders.

Earlier in the day, Zagreb announced it could build a fence on the border with Serbia but only as a last resort.