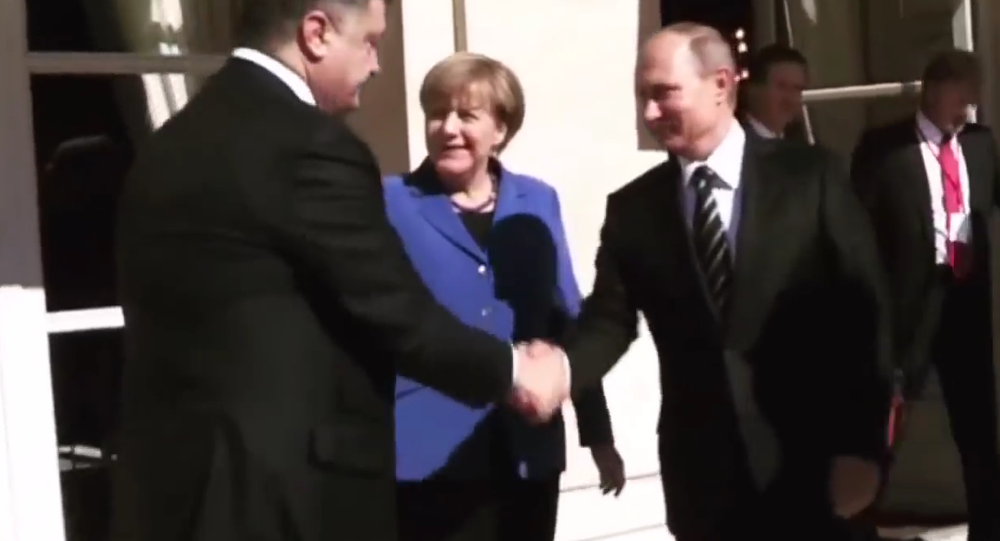 Poroshenko Orders Ukrainian Media Not to Show Handshake With Putin

Ukrainian President Petro Poroshenko didn’t want Ukrainian citizens to see him shaking hands with Russia’s Vladimir Putin and ordered his administration not to show the footage of his meeting with the Russian president, said Viktor Zubritsky, a former producer of TV Channel 112 Ukraina.

According to Zubritsky, the TV Channel received a series of phone calls from the president's administration prohibiting the release of footage of the handshake between Poroshenko and Putin on TV.

"Poroshenko shook Putin's hand, but requested that Ukrainians not know about it. And very strangely no Ukrainian TV Channels noticed the handshake," Zubritsky said.

However, 112 Ukraina showed the handshake and soon after received court papers informing them an upcoming search of the TV Channel's offices. Ukraine's court ordered a thorough search and seizure of all computers, media files, USB carriers, etc. In other words, the court decided to terminate the operation of the channel, Zubritsky explained.

© REUTERS / Ukrainian Presidential Press Service/Mykola Lazarenko/Pool
Poroshenko Trying to Get Some of That Sweet Putin Charm to Rub Off on Him
This isn't the first time the channel has come under pressure from the Ukrainian government. Since April of 2015, Poroshenko and his followers have threatened to open a criminal investigation against 112 Ukraina journalists and seize the channel's digital license, the former producer said.

The handshake itself took place in early October when leaders of Russia, Ukraine, Germany and France met in Paris for Normandy Quartet negotiations to discuss the implementation of the Minsk peace agreements.

French President Francois Hollande also recorded a short video of the Russian and Ukrainian leaders shaking hands and put the footage on his Instagram account. It seems like the cat's out of the bag, Mr. Poroshenko.