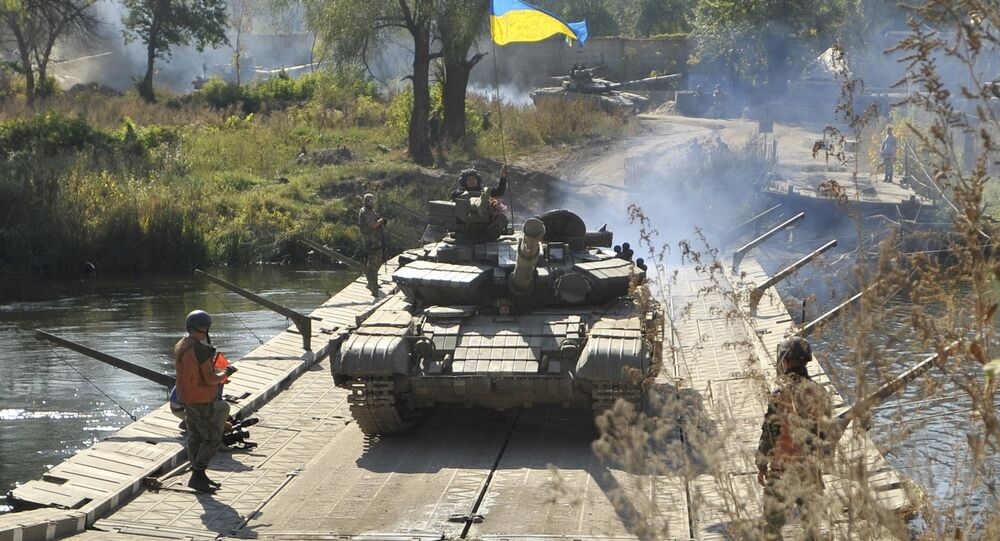 According to Ukraine's General Staff, the country's armed forces are coordinating the withdrawal of mortars in the Lugansk region with the OSCE.

"The withdrawal began on the territory of the Lugansk region. Commanders on the ground are coordinating their actions with the OSCE, they monitor the withdrawal process, monitor the areas to which we are withdrawing," General Staff spokesman Vladislav Seleznev told RIA Novosti.

The Ukrainian government and militia in the southeast agreed to withdraw heavy artillery with a caliber of over 100mm from the line of engagement in February 2015, moving in September to extend this withdrawal to weapons with a caliber under 100mm.

The second pullout began on Monday and will take 41 days to complete, according to the Ukrainian military. Weapons are to be pulled back to a distance of no less than 9.3 miles from the contact line.