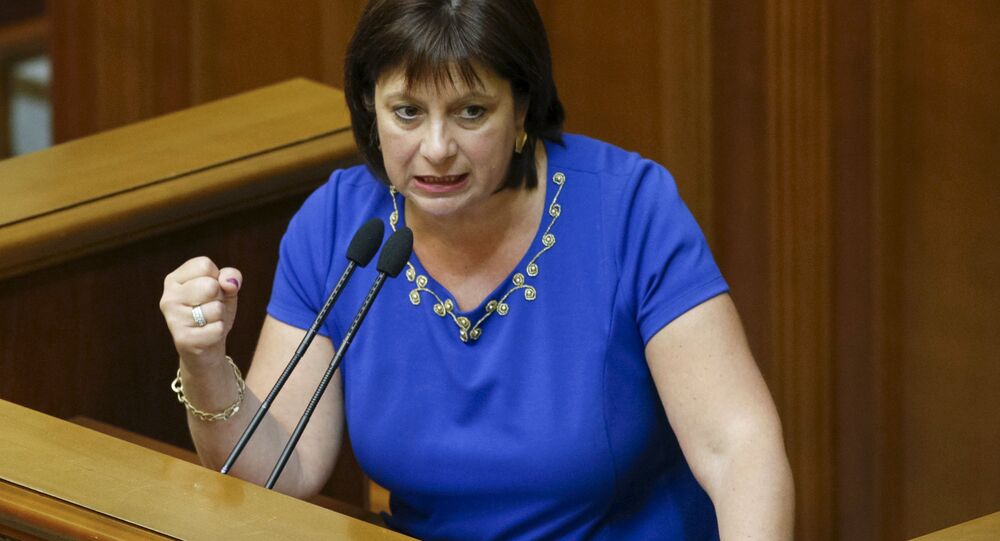 Finance Minister Natalia Yaresko considers a $40 billion assistance program from the IMF not enough to guarantee Ukraine’s economic stability in the long-term.

In an interview with the Financial Times, Yaresko called for the United States, the EU and other loaners to double financial assistance to the conflict-torn state in 2016.

Kiev's government has won praise from the IMF and sponsors such as the US for making significant progress in implementing economic reforms, although the fund still expects the Ukrainian economy to contract 11 percent this year.

Yaresko also announced that Kiev is not going to offer any special conditions to Russia over a $3 billion debt expected to be repaid by December 2015. The Finance Minister insisted on restructuring the debt under the terms of an agreement reached with other creditors in summer.

© Sputnik / Aleksandr Astafiev
Russia, Ukraine Fail to Agree on Debt Restructuring
A four-year $17.5-billion assistance package to Ukraine was approved by the IMF on March 11 in an effort to put the country's ailing economy on the path of recovery. The overall external financial aid package to Kiev amounts to about $40 billion, to be administered over the next four years and comprising loans from the International Monetary Fund, the United States and the European Union among others.

This year Ukraine already received $6,7 billion from 10 billion  allocated for 2015.

IMF Mission to Return to Ukraine ‘Later in October’