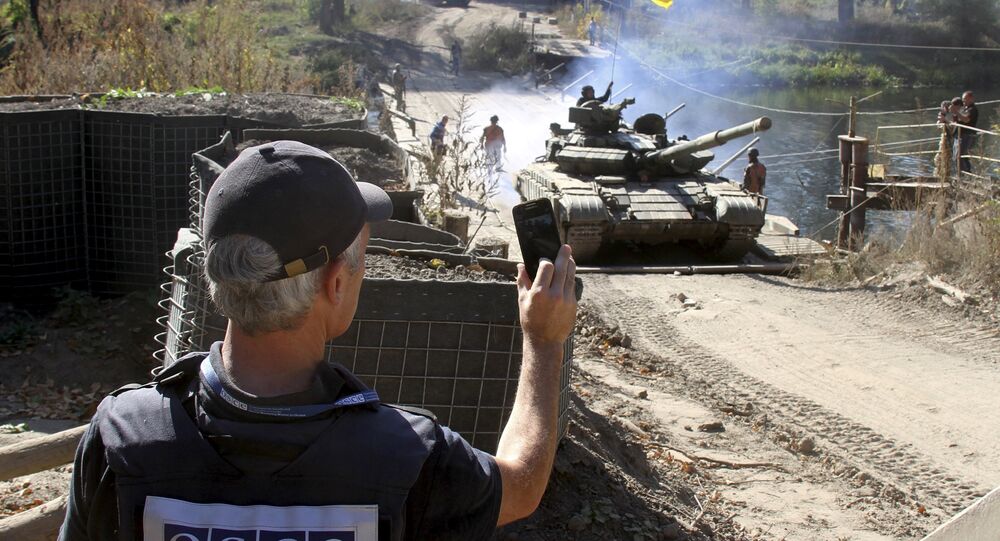 According to a special operations military spokesman deployed in Lugansk, Ukrainian military on Wednesday began withdrawing mortars in the country’s eastern region of Lugansk.

Tkachuk said that the first stage that included the withdrawal of tanks was completed on Tuesday.

On September 29, an agreement on the withdrawal of tanks and weaponry of less than 100mm caliber from the line of contact in eastern Ukraine was reached in Minsk. The agreement was ratified by Kiev and the Donetsk and Luhansk people's republics the following day. According to the deal, the sides have 41 days to fully withdraw.

The agreement was prepared in August by a security subgroup of the Trilateral Contact Group on Ukrainian reconciliation, including representatives from Ukraine, Russia and the Organization for Security and Co-operation in Europe.

Kiev Begins Withdrawal of Arms Under 100mm in East Ukraine