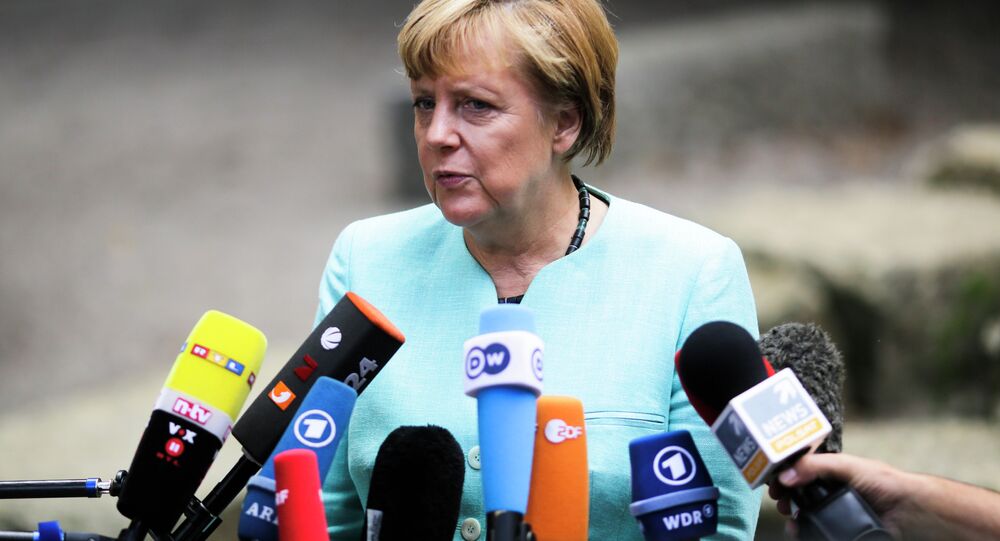 German Chancellor Angela Merkel said on Saturday that military efforts were necessary in Syria along with diplomatic efforts by Russia and other countries.

© AFP 2020 / STR
Merkel Urges Political Solution to the Syrian Conflict
“We will need military efforts in Syria, but military efforts will not bring the solution; we need a political process. Russia, the United States Saudi Arabia, Iran, as well as Germany, France and Britain, could play an important role in bringing about a political solution to the crisis,” Merkel told Deutschlandfunk Radio.

Merkel also said it would be necessary to involve the regime of Syrian President Bashar Assad in talks.

Her comments show that support is broadening for military action in Syria and also that Assad will need to play a role at the negotiating table in discussions on ending the war.

The United States and its allies are involved in military action in Syria and Russia has also launched air strikes, saying on Saturday it would step them up.

“The main goal of the center will be gathering, processing and analyzing current information about the situation in the Middle East – primarily for fighting ISIL,” a military-diplomatic source told Russian news agencies.