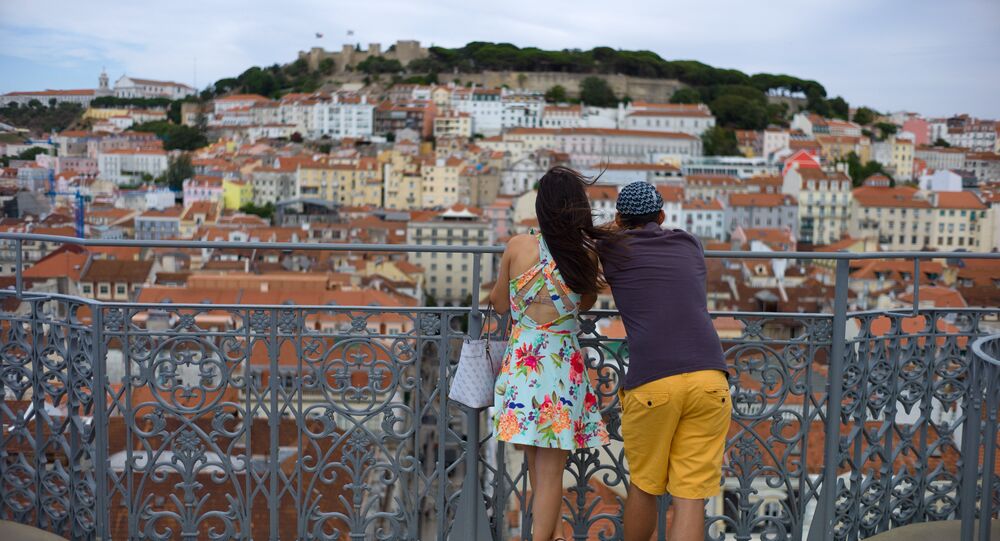 Portugal should consider the exit from the eurozone as a useful measure to bring the country out of a deep economic crisis, a member of the Political Committee of the Portuguese Communist Party told Sputnik.

© AP Photo / Mindaugas Kulbis
One Third of Young Americans Too Fat to Join Military
MOSCOW (Sputnik), Yulia Shamporova — Portugal should consider the exit from the eurozone as a useful measure to bring the country out of a deep economic crisis, a member of the Political Committee of the Portuguese Communist Party told Sputnik.

"Among the most important measures which can solve the problems of deep economic and social measures in Portugal…is the contemplation of the possibility for withdrawal of Portugal from the eurozone and preparation for the implementation of this step," Angelo Alves said.

The politician added that the process of eurozone withdrawal would not be implemented quickly.

"The main goal for Portugal in getting out of eurozone is to contribute to the restoration of economic, monetary and budget sovereignty, making Portugal free from the unacceptable and intolerable frameworks and conditions that contradict the interests of the people and the state," Alves said.

Moreover, Portuguese authorities neglect the right of young people to live and work, forcing them to leave the country, Angelo Alves said.

According to official data, some 485,000 Portuguese young people emigrated from 2011-2014 amid an economic and social crisis in the country. Youth unemployment now stands at above 30 percent.

"Young people in Portugal were forced to leave their country, otherwise it would not be possible for them to survive or have the possibility to build their future," Alves said.

The Portuguese government has been implementing austerity measures under a Memorandum of Understanding (MoU) between the troika and governing Portuguese parties, including the Socialist Party (PS), the Social Democratic Party (PSD) and the Democratic and Social Center – People’s Party (CDS-PP).

In December 2011, current Portugal Prime Minister Pedro Passos Coelho suggested that the best way for Portuguese youth to find a job was to emigrate to Portuguese-speaking countries like Brazil or Angola.

Portugal will see parliamentary elections on Sunday, October 4. The Portuguese parliament, Assembly of the Republic, has 230 seats, and members are elected for a 4 year term. The Socialist Party (PS) aims to unseat the ruling center-right Portugal Alliance (PaF) led by Prime Minister Pedro Passos Coelho.