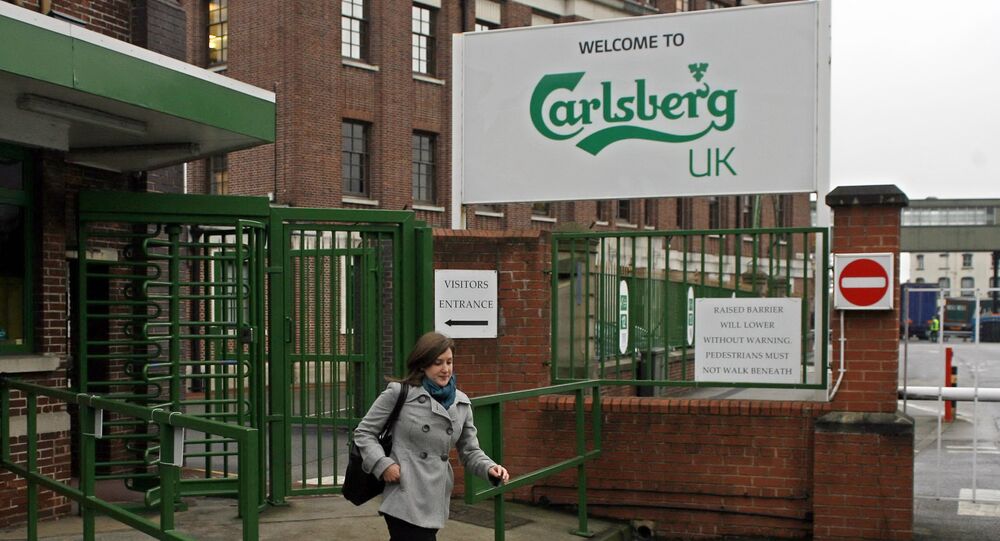 Western anti-Russian sanctions have backfired at the Carlsberg Group, one of the largest brewery groups in the world, prompting a company wage freeze which has inevitably led to strike actions.

Western anti-Russian sanctions combined with stricter regulations and higher taxes in Russia have dealt a heavy blow to the Carlsberg Group. While its sales in Western Europe remain strong, its positions in the Russian and Ukrainian markets have been substantially undermined.

The Unite union will kick off the action beginning October 1. According to Unite regional officer Sean Kettle, the workers are ready to launch a full-scale strike if the company's management does not lend a sympathetic ear to their demands.

"Because there has been no pay rise this year or any real negotiations, our members feel this could be extended into next year. Members feel the pay freeze is being imposed because of the company's ultimately unsuccessful venture into the Russian market in recent years," Kettle elaborated, as quoted by Northampton Chronicle and Echo.

Carlsberg UK is yet to reach an agreement with the Northampton brewery's representatives.

© Sputnik / Michael Klimentyev
World in Focus: Putin's Full Interview Ahead of UN General Assembly Address
In the fourth quarter of 2014 the group's sales in Eastern Europe (including Ukraine and Russia) decreased by 32 percent to $413.5 million USD, while its operating margin fell by 52 percent, to $83.2 million USD.

The company has faced the same disturbing trend throughout 2015. Since the beginning of the year the group's sales volume has fallen by 18 percent while operating margin has decreased by 35 percent.

A number of foreign companies in Russia have been affected as well: Ford Sollers, a joint venture between Ford and Russia's Sollers automobile company, has announced that it will reduce its production volume in 2015 due to falling demand.