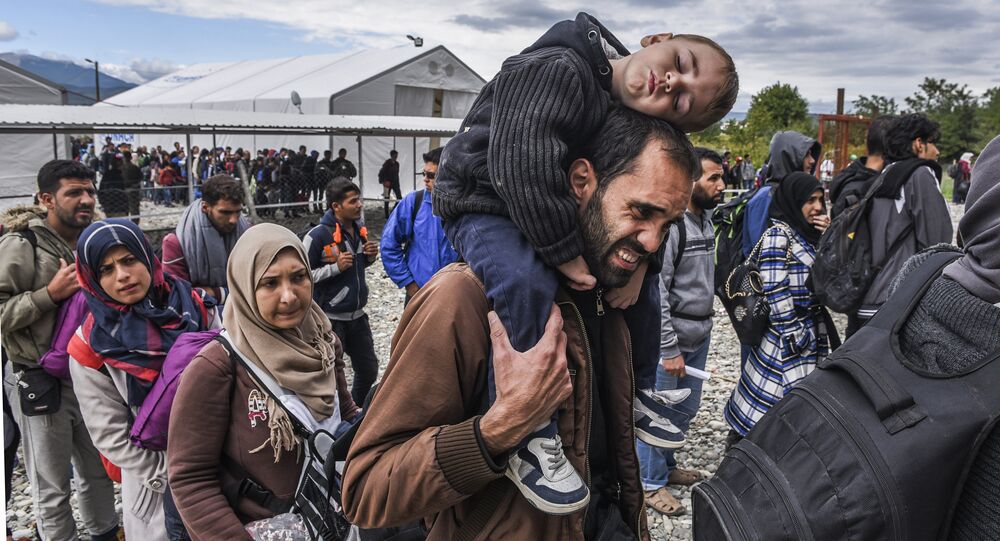 Igor Crnadak, the foreign minister of Bosnia and Herzegovina, said that the migrant crisis in the European Union has become a test of European values and institutional capacity.

© REUTERS / Kai Pfaffenbach
Germany's Capacity to Receive Refugees Limited - President
STRASBOURG (Sputnik) – The ongoing refugee crisis in Europe can only be resolved through joint action, not by the EU member states acting individually, the foreign minister of Bosnia and Herzegovina said on Monday.

"The refugee crisis can only be solved as part of a European overall plan, and not by any country individually," Igor Crnadak said, addressing the Parliamentary Assembly of the Council of Europe (PACE).

Crnadak noted that the crisis had become a test of European values and institutional capacity.

© AFP 2020 / ARMEND NIMANI
EU 'Sleepwalking Through Disaster' by Not Solving Refugee Crisis
Earlier in the day, PACE chief Anne Brasseur said that the European Union would be "sleepwalking through disaster" if its members did not work together.

Europe is struggling to cope with a massive refugee crisis, as hundreds of thousands of people flee conflict-torn regions such as Syria, seeking asylum in the bloc. According to the European Commission, more than 500,000 asylum seekers entered the European Union this year alone.

Many EU countries chose to introduce their own measures to deal with the situation. Some reinstated border controls, while others went as far as to deploy military reinforcements on their frontiers.