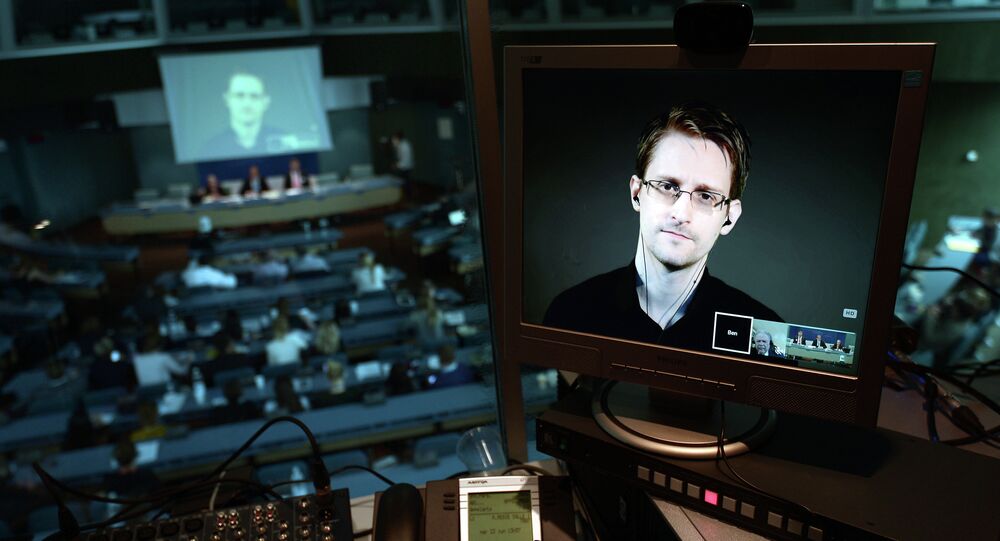 Germany should support the so-called Snowden Treaty aimed at protecting whistleblowers worldwide, a Die Linker lawmaker told Sputnik Friday, adding that he intends to raise the issue in parliament.

MOSCOW (Sputnik), Daria Chernyshova — Andrej Hunko stressed that the general discussion about the protections afforded to whistleblowers should be held in tandem with the topic of mass surveillance, because the debates in the United Nations and in the Council of Europe "have clearly stated that the US governments spying program violates the rights of millions of citizens." These debates were boosted by the revelations of Edward Snowden, according to Hunko.

"I call on the Germany government to support this initiative and to sign it early," Andrej Hunko said. "I am happy that the draft text was submitted to the German government for legal review. I will make this a subject in parliament."

The draft international pact is being developed by Edward Snowden together with investigative journalist Glenn Greenwald and civil liberties advocate David Miranda. The document, officially entitled The International Treaty on the Right to Privacy, Protection Against Improper Surveillance and Protection of Whistleblowers, is intended to be offered to countries around the world wishing to set global standards for surveillance limits and enhance protections for whistleblowers.

© AFP 2021 / Tobias Schwartz
US, China, EU Unlikely to Sign Snowden Treaty as They Have Much to Hide
Hunko noted that it is very unlikely that the treaty will be adopted during the life of the current German parliament.

"Up to this day, the government has taken no consequences from the US program. In contrast to the press statements Merkel has no political will to go into conflict with the US. They keep on spying and the government does nothing against it. But I have my doubts whether the current government has any interest in it," Hunko said.

Former US National Security Agency (NSA) contractor Snowden generated international attention in 2013, following his disclosure of classified documents detailing the US long-term intelligence data collection program in Europe and in many other countries around the world.