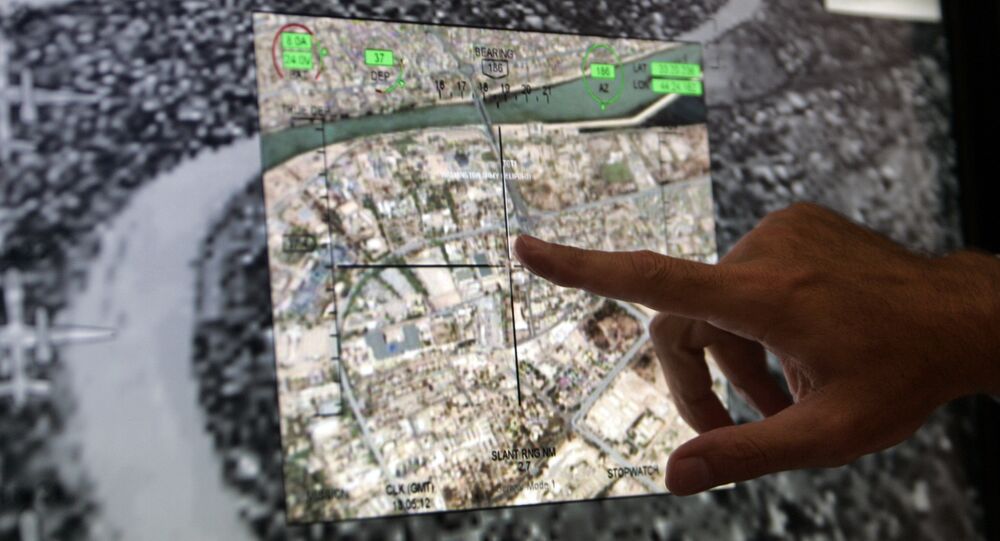 The front page of The Sun ran with the headline 'Wham! Bam! Thank you Cam' following the announcement by British Prime Minister David Cameron that a Royal Air Force drone attack had killed two British Islamic State fighters in Syria.

The targets were Reyaad Khan, a 21 year old from Cardiff, and Ruhul Almin, also British. Khan had appeared in an Islamic State recruitment video last year. David Cameron insisted that the airstrike was legal under the right to self-defense.

Prime Minister says #Cardiff man #Reyaad Khan IS recruit in #Raqqa killed by drone in an "act of self defence" pic.twitter.com/qawbUG2FQv

It’s since emerged that the RAF jets and drones have been deployed around 1,300 times and 330 IS fighters killed. The figures were revealed in a written parliamentary answer from UK Defense Secretary Michael Fallon.

"This figure is highly approximate, not least given the absence of UK ground troops in a position to observe the effects of strike activity."

Fallon added that the government does not "believe there have been any civilian casualties as a result of UK strike activity. Any overall estimates would be a matter for the coalition".

© Sputnik / Dmitriy Vinogradov
UK Drone Strike in Syria Used as Pretext for Bombing Assad Forces - Think Tank
The MP who asked the parliamentary question is now threatening legal action to force the British Government over its 'targeted killing' of people in countries where Britain is not at war.

Green Party MP Caroline Lucas, along with other members of the House of Commons and the House of Lords — and supported by charity Reprieve and law firm Leigh Day, is demanding answers on whether the government has a targeted policy, and if so what policy it is and whether it is legal.

The Govt's 'kill policy' needs further scrutiny. To effectively fight terrorism we must act within the law: http://t.co/eVLaW6CyYF #drones

"The Government appears to have adopted a 'Kill Policy' in secret – without parliamentary debate or the prospect of proper independent scrutiny," Lucas said.

"Sanctioning lethal drone attacks on British citizens is a significant departure from previous policy, as well as potentially unlawful, and it’s deeply concerning that it has occurred without appropriate oversight."

"I am part of bringing this case because if we want to be effective at countering terrorism then we must ensure we act lawfully."

Charity Reprieve, which is also part of the case, has expressed disappointment that MPs have had to resort to the courts to "extract even the most basic information on a policy which the Prime Minister himself had described as a 'new departure' for the country".

In a pre-action letter to the Defense Secretary and the Attorney General, lawyers acting for the politicians say:

"The Raqqa strike, and the intention of the Government to pre-authorize targeted killings in the future in countries where the UK is not at war, is of concern to the claimants and many others."

In 2014, MPs from all parties approved airstrikes against ISIS extremists in Iraq.

© AP Photo / Vadim Ghirda
Pressure to Expand Syrian Airstrikes as 330 ISIL Militants Killed by UK RAF
But in July 2015, Britain’s Defense Secretary said the UK should consider airstrikes in Syria to combat extremists operating from the country – but added that a Parliamentary vote would be needed first.

Yet it appears the Prime Minister has gone from a Commons defeat and vote not to bomb Syria to authorizing drone strikes following legal advice from the Attorney General.

The drone attack on 21st August killing Khan, while he was traveling in Raqqa, Syria, became the first time UK forces have taken military action in a country Britain is not at war with, leading to a legal challenge from MPs.

'I'm a Trade Unionist, Not a Terrorist': UK in Workers' Union Spying Row