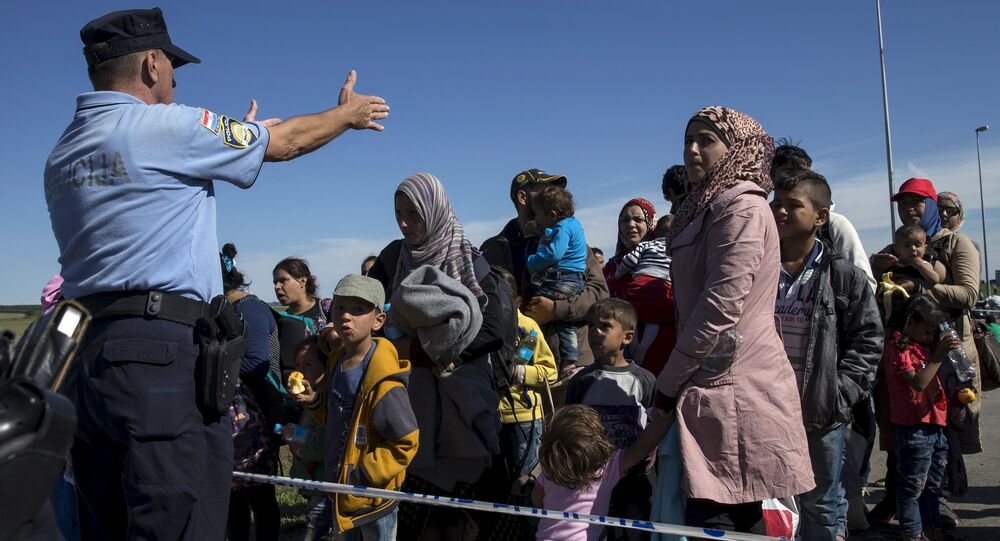 Serbian Prime Minister Aleksandar Vucic gave an ultimatum to the Croatian government on Monday, to reopen the Bajakovo-Batrovci border crossing to Serbian trucks and vans, or face countermeasures from Serbia.

Serbian Prime Minister Aleksandar Vucic reacted furiously to Croatia's decision to close a border crossing between the two countries due to the tens of thousands of refugees and migrants who have flowed into Croatia in recent weeks.

"Due to the unilateral sanctions that the government of the Republic of Croatia has put in place against the Republic of Serbia, Prime Minister Aleksandar Vucic has ordered an emergency government meeting for 2.30 pm Tuesday," the Serbian television station RTS reported on Monday.

At a press conference called on Monday, Vucic accused Croatia of "breaking a number of bilateral and international agreements" by stopping trucks and vans from Serbia from traveling into Croatia.

On Monday the Croatian authorities closed the last remaining border crossing between the two countries, at Bajakovo-Batrovci, to commercial vehicles coming from Serbia, causing even ordinary traffic to sit in a queue ten kilometers long.

"Croatia has behaved irresponsibly by stopping freight traffic, and as far as that continues, we will have to take countermeasures, which will affect Croatia more than they affect us."

© REUTERS / Heinz-Peter Bader
Serbian Prime Minister Aleksandar Vucic speaks during an interview with Reuters in Vienna, Austria, August 26, 2015
"Their reply is like something out of the twilight zone: send half to Hungary, half to us and we'll open the border."

"We are waiting until 2 pm for the European Commission to respond, because that's their job, and Serbia will react, peacefully, without breaking any regulations." said Vucic.

"We will show Croatia that it can't mock and humiliate Serbia, and destroy the Serbian economy without consequences."

"I recommend they lower their tone," responded Croatian Prime Minister Zoran Milanovic, whose government has accused Serbia of purposefully transporting tens of thousands of migrants to their shared border.

The Croatian government believes that the flow of migrants into Serbia from Macedonia and Greece should be directed through Hungary, so that the refugees may proceed to their destinations in Western Europe.

"It probably does harm the Serbian economy much more than the Croatian economy, so it's not good, but at this moment we have to send a clear message: we're not stupid, we see what they're doing," said Milanovic.

Both the Croatian and the Serbian prime ministers directed criticism at the countries through which the flow of migrants had traveled to reach theirs.

"We are the first country that registered these people, I don't know what they were all doing before us," said Vucic on Friday, and Milanovic last week said he suspects Greece of carrying out "some kind of revenge on Germany and the EU," by allowing so many refugees and migrants to travel across its territory and into the Schengen area.