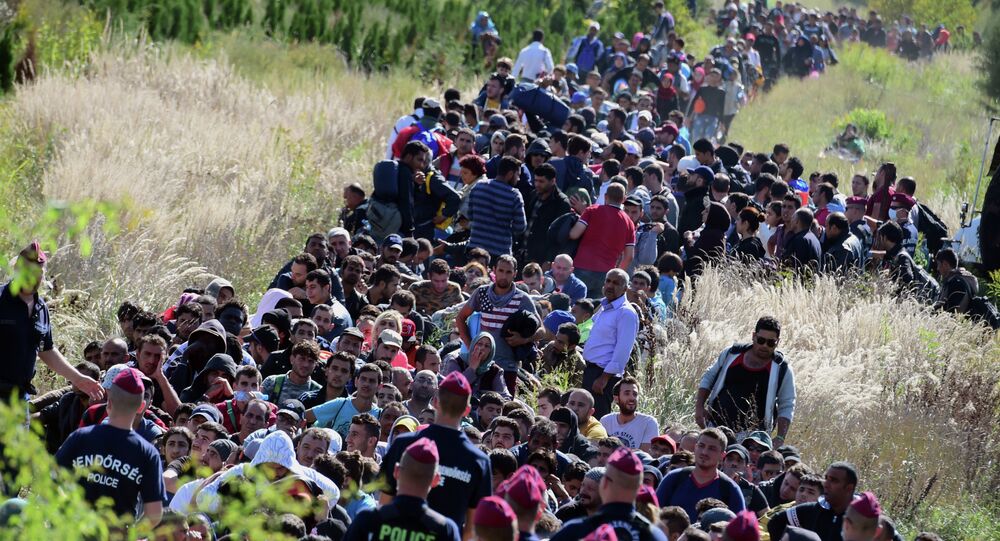 Justice and interior ministers of the European Union are slated to find solutions to the migrant crisis at the Justice and Home Affairs Council meeting on Tuesday.

MOSCOW (Sputnik) – Normally scheduled once every three months, the Justice and Home Affairs Council (JHA) that oversees the bloc's asylum and immigration policies convenes for the second time in as many weeks.

The 28 home affairs and justice ministers are anticipated to find areas of agreement for the European Commission’s proposal to resettle 120,000 additional refugees, a major point of contention for some members. The ministers adopted an emergency relocation plan of 40,000 refugees at an extraordinary JHA session on September 14.

European Council President Donald Tusk had suggested ahead of last week’s JHA that he would call an extraordinary Council summit this month if the sides failed to work out a concrete plan of action.

The migration issue will be further discussed at the Justice and Home Affairs Council on October 8, and at a European Council meeting on October 15-16.

To date, EU leaders have failed to agree on the redistribution of 160,000 refugees in Greece, Italy and Hungary as over half a million people have been detected by the EU external border agency Frontex detected crossing EU borders this year.