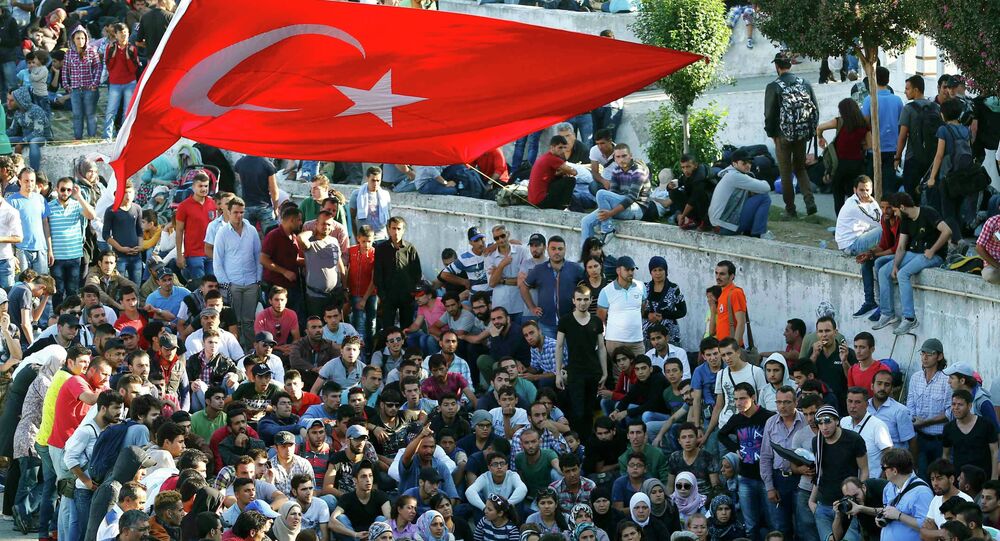 The latest EU proposal to create refugee camps in Africa to decrease the number of asylum applications in Europe is unwise, a spokesman for the Swiss Organization for Aid to Refugees (OSAR) told Sputnik on Wednesday.

© REUTERS / Peter Bader
OSCE PA 'Cannot Close its Eyes' on Migrant Crisis in Europe
MOSCOW (Sputnik), Alexander Mosesov — On Monday, EU interior ministers gathered in Brussels to discuss a plan according to which migrants and asylum seekers could be accommodated in special camps in northern Africa. Those accommodated in the camps would be denied the right to apply for asylum in a EU member state.

"Frankly speaking, it's rubbish. Where do you want to build camps? In failed states. What kind of government, which is non-existent, do you want to negotiate [with]? This is a kind of hypocrisy," Stefan Frey said.

Frey went on to say that the European Union needs to define a coherent policy on refugees and asylum seekers, that would include "not only the incoming refugees but also the causes of the refugee crisis."

© AFP 2021 / ARIS MESSINIS
Russian Official Lays Blame for Europe Migrant Crisis on US Policy
The European interior ministers agreed to relocate 40,000 refugees, currently located in Greece and Italy, with a final decision on an additional 120,000 refugees to be reached on October 8. The move was welcomed by the United Nations High Commissioner for Refugees (UNHCR).

Data from the European Commission shows that over 500,000 migrants have arrived in the Union since the beginning of 2015 to seek asylum and flee violence in their home countries.

Beginning of The End: Migrant Crisis Will Be 'Europe’s Suicide'