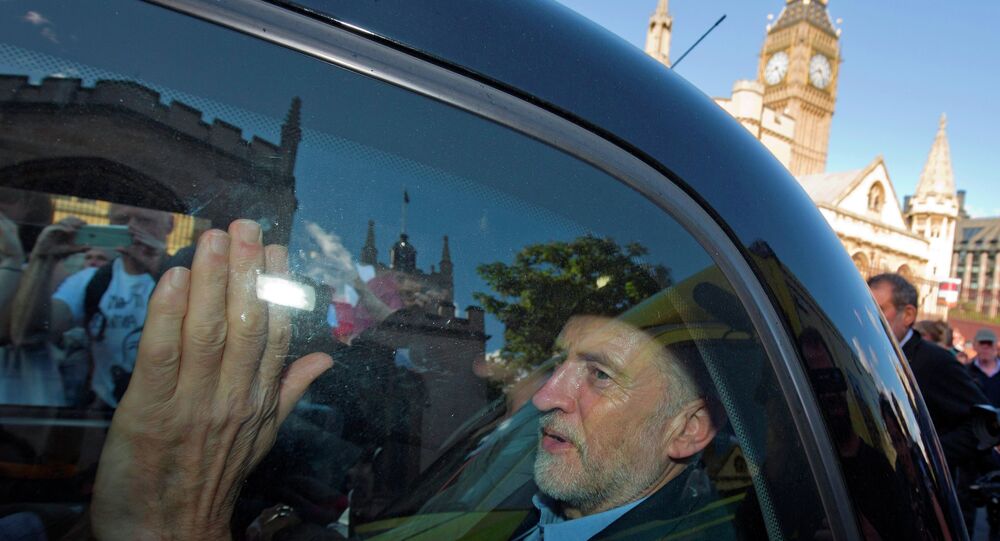 As Jeremy Corbyn – the newly elected leader of Britain's Labour party – prepares to address the Trades Union Congress meeting in Brighton on Tuesday, there is confusion over his policies and anger among many of his fellow MPs.

In a tense meeting with MPs and Labour members of the House of Lords on Monday night, Corbyn — who has extremely left-wing views — came under pressure to confirm Labour's policy positions over Europe, NATO and Britain's nuclear deterrent.

Corbyn is a member of the Socialist Campaign Group, the Palestinian Solidarity Campaign, Amnesty International, the Campaign for Nuclear Disarmament and is chair of the Stop the War Coalition, the anti-war group founded in 2001, two years before Corbyn's predecessor Tony Blair took the country to war against Iraq.

He has called for the re-nationalization of the railways and public utilities, the scrapping of university tuition fees and the abandonment of a nuclear deterrent, as well as higher taxation for the rich and an end to welfare cuts brought in by Prime Minister David Cameron.

However, these deeply-held views put him at odds with party policy developed under Blair, Gordon Brown and Ed Miliband's leaderships. On the matter of the renewal of Britain's Trident nuclear deterrent, Corbyn's own Northern Ireland spokesman, Vernon Coaker, said: "National security is not a matter for negotiation. We support renewal of Trident along with a renewed focus on multilateral disarmament.

"Labour is committed to maintaining a minimum, credible, independent nuclear deterrent, delivered through a Continuous-At-Sea Deterrent. This is not up for negotiation with any party."

Its own party manifesto, ahead of the 2015 general election stated that Labour would remain within NATO. It said: "Labour is an internationalist party and believes Britain must play a proactive role in the world."

On Europe, Corbyn would not be drawn on whether he would back the campaign to take the UK out of the EU in a referendum possibly as early as next year. Labour's position, as set out by former leader Ed Miliband is that: "I believe our country's future lies in the EU."

Student tuition fees were introduced by Tony Blair's Labour government in 1998. Their introduction caused student riots and alienated many on the left of the party, including Corbyn. However, his desire to scrap the fees and replace them with government or local authority grants will meet opposition from many within his party — as well as many university vice-chancellors.

His stated desire to re-nationalize the railways and utility services is not a current party policy and will be met with consternation if he ever gets close to winning an election. The legal framework for the re-nationalization of the utilities is unprecedented, with many in foreign ownership, but the economic consequences are catastrophic.

However, it is on the economy that Corbyn is at his most exposed. Many of his policy ideas are simply unaffordable and will place the government into deep debt, if ever carried out. But many believe Labour lost the last two elections, following the global credit crisis, because it could not be trusted with the economy.

Having made his good friend and left-wing firebrand John McDonnell shadow chancellor, many believe the party will struggle to maintain any vestige of economic credibility.