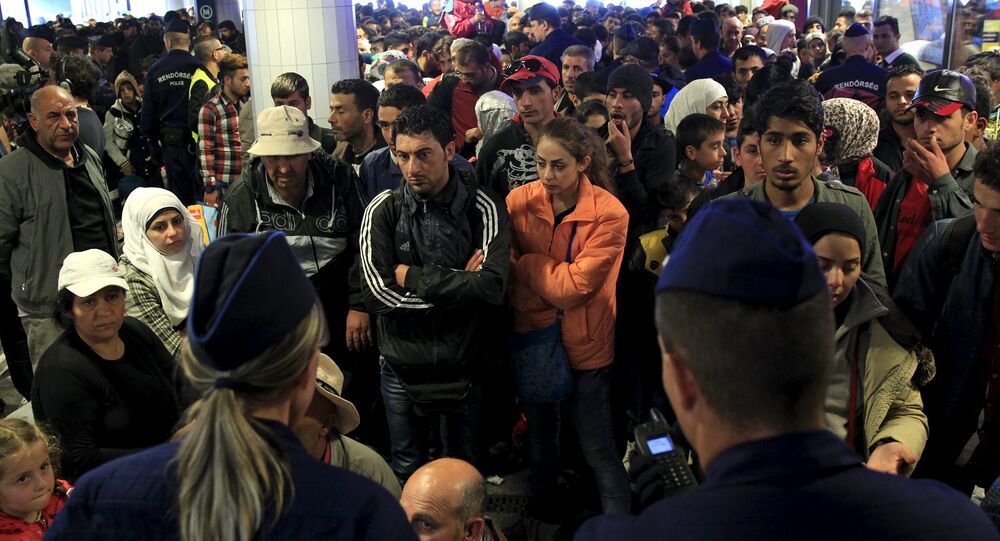 Hungary has closed the main migrant crossing point on the border with southern neighbor Serbia, the country’s Transport Authority announced on Tuesday.

© REUTERS / Bernadett Szabo
Hungary Closes Main Refugee Entry Point on Border With Serbia
The airspace will remain closed in a 20 km area along the Serbian border up to a height of 1,350 meters as Hungarian authorities are moving ahead with a crackdown on record numbers of migrants streaming into the European Union.

The closure is aimed at ensuring that police, the army and ambulance services can use the airspace to perform duties linked to handling the migrant crisis, the Transport Authority said in a statement.

The closure will remain in effect until further notice, and it will not affect scheduled international passenger flights, they added.

Hungarian police rounded up 9,380 migrants who were crossing into the country from Serbia on Monday, the highest daily figure this year, the police said on Tuesday.