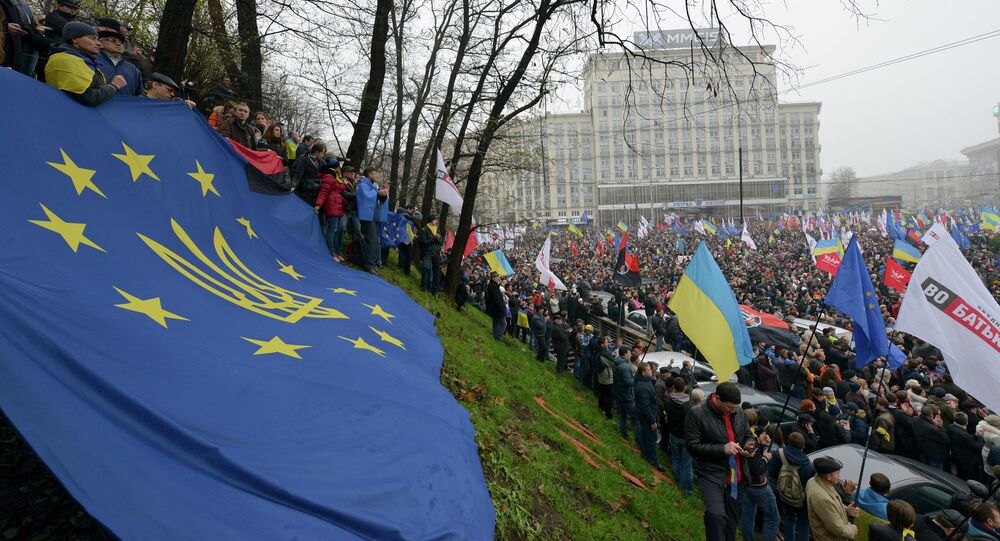 An initiative launched by a Dutch activist group and online blog rallying Dutch citizens to support a referendum on the EU's association agreement with Ukraine is gaining force; the local public poll results show that 73% of the Dutch think that it will eventually result in Ukraine's accession into the Union…and don't want this to happen.

Geenstijl (No Style), an activist blog, has called on Dutch citizens to sign an appeal for a referendum on the EU's association agreement with Ukraine.

The activists are benefitting from a new democratic tool in the Netherlands which allows citizens to call for a popular referendum on a recently adopted law or treaty.

© Flickr / European Parliament
Dutch Activists Call for Referendum on EU-Ukraine Association Agreement
They have already gathered 150,000 out of the 300,000 needed to be able to submit it to the Electoral Council by September 28.

The reason why they want to vote on Ukraine is the criticism of how the EU handled Russia's conflict with Ukraine and of the EU-Ukraine treaty, which they regard as “provocative and a threat to the welfare and well-being of us and the Ukrainians”.

The group says that if the union opens borders with the country, which is currently at war, it will mean “open borders with a war zone”.

Additionally, the agreement was one of the main reasons for the dispute with Russia and the civil war that broke out in the east of Ukraine.

“The fact that [President] Putin’s attitude towards us is adverse, does not mean that Kiev has become a friend to us,” the local media quotes the activists as saying.

“We are sending money to Ukraine, but the government seems to have no control over the situation. In such an atmosphere any reforms are doomed to fail, and without the reforms there is no sense in the association agreement.”

However even if the campaign succeeds and a majority votes No in a referendum, the result will be non-binding for the country’s authorities who could still keep it in force.

Consensus on Ukraine-EU Association Unlikely by 2016 in Current Conditions