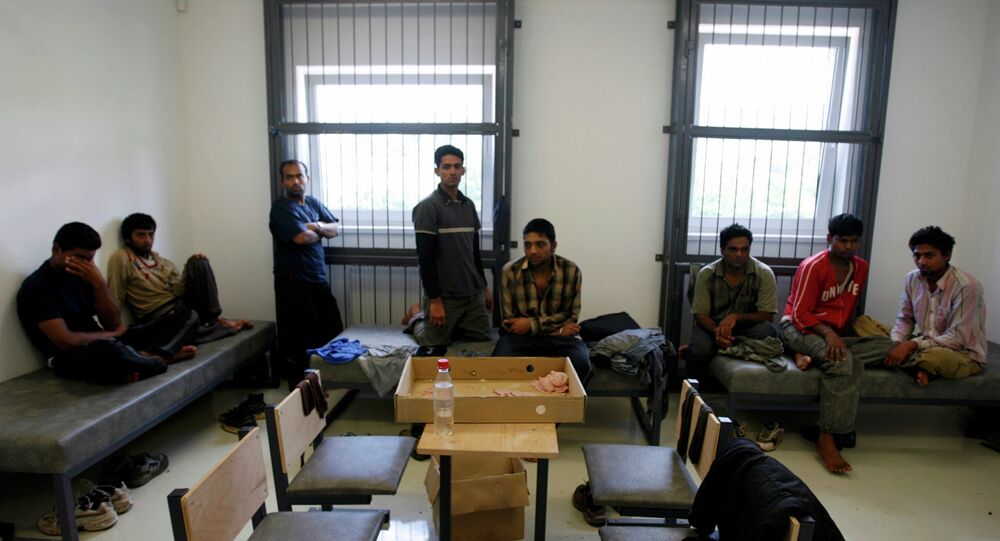 The announcement follows Germany's restrictions on migrant entry through its southern border with Austria on Sunday, claiming it was at the limit of its capacity after over 12,000 mostly-Syrian refugees crossed into the country the previous day.

© REUTERS / Michaela Rehle
EU Afraid to Hear Truth Over Migration Causes Claims Slovak PM
The ministry added that some 220 officers had been sent to enhance the frontier control amid “an emergency situation and the migratory flow.”

Local law enforcement is coordinating its efforts with colleagues from Austria, Hungary and the Czech Republic, the statement reads.

Slovakia is a part of the Schengen Area, which does not have internal border controls. Under current Schengen rules, an EU member country is allowed to restrict entry only temporarily. Free travel within the bloc is a fundamental principle of the union.

The countries are introducing restrictive measures to cope with the influx of migrants into the bloc as a result of instability in the Middle East. Over 500,000 migrants have arrived in the European Union since the beginning of 2015, according to European Commission President Jean-Claude Juncker.