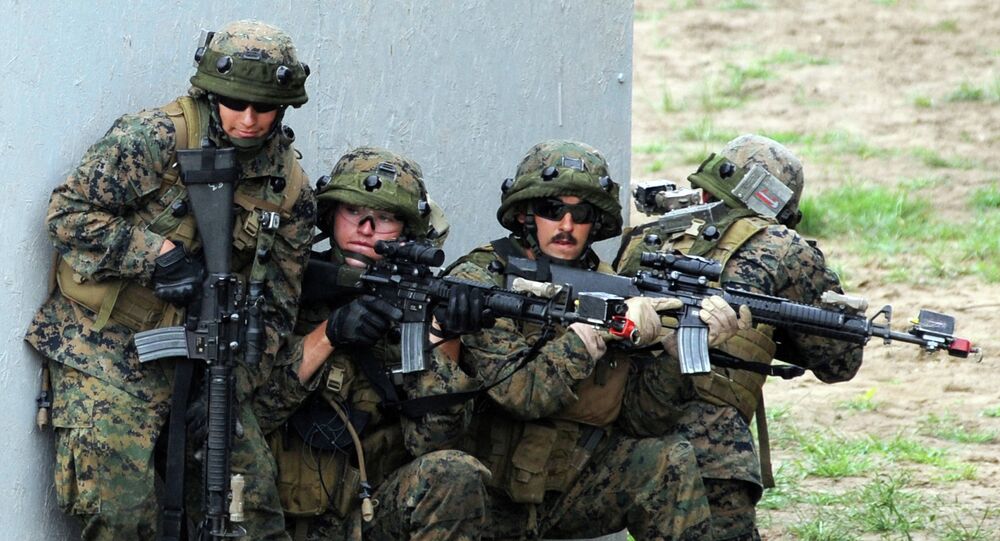 NATO is not planning on sending its troops to help the Ukrainian military in the conflict zone in the country’s eastern regions, NATO Deputy Assistant Secretary General James Appathurai said Friday.

© AP Photo / Mindaugas Kulbis
NATO Chief Stoltenberg Plans First 'Symbolic' Visit to Ukraine
KIEV (Sputnik) – NATO Deputy Assistant Secretary General James Appathurai said at a forum in Kiev that the idea of sending NATO troops to eastern Ukraine is not being discussed and doubts it will be discussed in the future.

Kiev authorities have been engaged in an armed conflict with the self-proclaimed republics of Luhansk and Donetsk in the country’s east since April 2014. Since the beginning of the conflict, Kiev has been calling on Western countries to provide it with lethal military assistance.

As part of its security assistance program launched last year, the United States sent 300 military instructors to Ukraine in April, 2015, and has provided $245 million in security-related aid to the country.

Ukraine has hosted a number of US-led NATO military exercises this year, including Saber Guardian/Rapid Trident-2015 in late July. The drills involved over 1,800 servicemen from 18 NATO and other partner nations.

This month, Ukraine is hosting the Sea Breeze-2015 naval military exercises in the Black Sea involving around 2,500 NATO forces and 150 warships, helicopters and armored vehicles.

Last week, the Russian Foreign Ministry said that the deployment of US soldiers on Ukrainian territory violates article 10 of the ceasefire agreement reached in the Belarusian capital of Minsk, which stipulated the pullout of all foreign armed formations, military equipment and mercenaries from Ukraine.