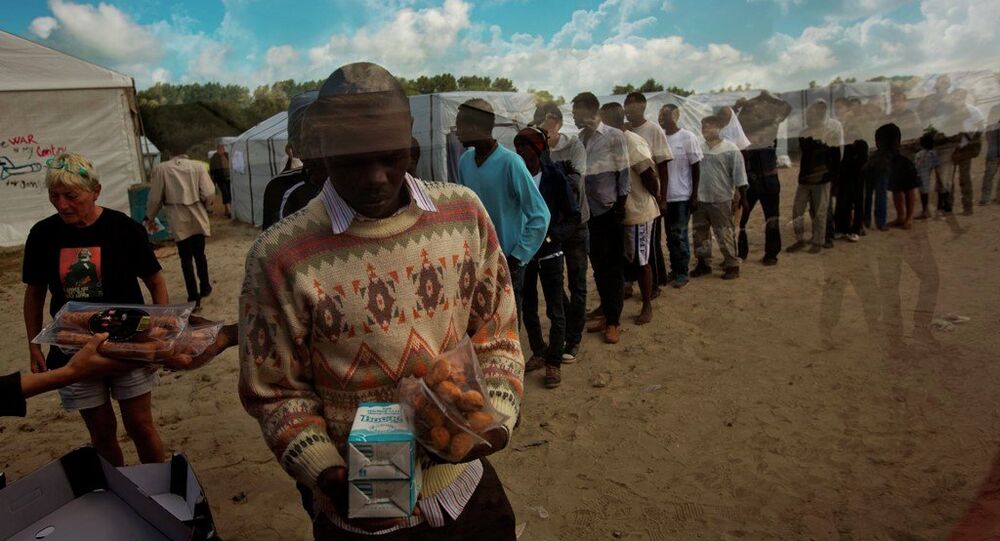 A member of the European Parliament from Germany claims that regional neighbors to war-torn countries should cooperate with the European Union to alleviate the migrant crisis frontier member states face.

MOSCOW (Sputnik), Daria Chernyshova – Regional neighbors to war-torn countries should cooperate with the European Union to alleviate the migrant crisis frontier member states face, a member of the European Parliament from Germany told Sputnik on Thursday.

“I call for a shared responsibility to help especially Greece and Italy with guarding of their coastal borders to prevent migrants from entering,” Udo Voigt said.

© REUTERS / Marko Djurica
Nearly 1,000 Migrants in Hungary Go on Foot to Austrian Border
The National Democratic Party of Germany lawmaker said he had submitted a proposal to the European Commission executive to facilitate collaboration with Middle Eastern and North African countries where migrants originally come from.

“I have proposed to the Commission of the European Union to consider the possibility to make association agreements with non-member states such as Turkey, Libya and Morocco,” Udo Voigt said.

The so-called Dublin Regulation requires migrants to seek asylum in the first EU member state of arrival to prevent multiple applications and abuse of the system. All EU member states, as well as non-members Norway, Iceland, Liechtenstein and Switzerland, are signatories to the regulation.

“In cases where migrants cannot be considered as refugees, they should be repatriated immediately,” Voigt underscored.

Europe faces a refugee crisis it dubs the worst since World War II as nearly half a million migrants from crisis-torn countries in Africa and the Middle East try to find safe haven in the EU.

Earlier on Thursday, the European Parliament backed the resettlement of 160,000 refugees in the European Union over the next two years.

The National Democratic Party of Germany lawmaker stressed the need to help migrants fleeing crises in the Middle East and North Africa, “especially wars created by the warmongers of the United States, NATO and the European Union.”

“But I do not believe that helping is equal to bringing people from the Middle East to Europe,” Voigt clarified.

Germany has pledged to allocate the equivalent of $6.7 billion to support migrants arriving in the country, over half of which is planned to be spent on integrating migrants this year.

The European Parliament voted Thursday to back an emergency proposal to relocate 120,000 asylum seekers from Italy, Greece and Hungary across the 28 EU member states. On Wednesday, European lawmakers backed the first proposal lodged in May to resettle 40,000 migrants.