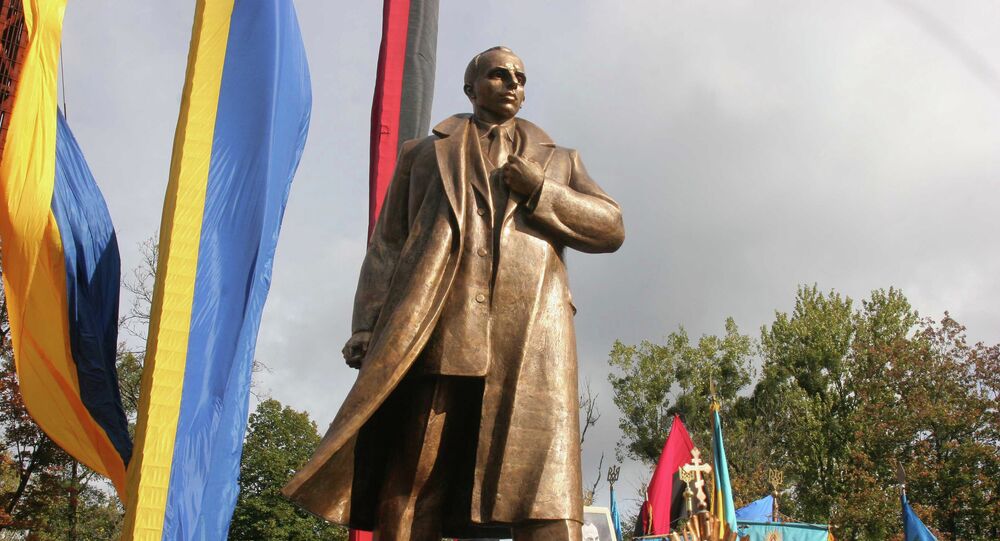 School textbooks in Ukraine now teach children about little Alarmik and Adolfik, the two young supporters of Stepan Bandera who tell youngsters how to fight for the Ukrainian independence, TV Channel Zvezda reported.

Elementary school textbooks now have additional chapters in which Russia is portrayed as an aggressor. Meanwhile veterans of the Ukrainian army, who previously fought in Donbass, are telling school children their "heroic" stories how they killed "separatists" in eastern Ukraine, Zvezda said.

New textbooks depict young Bandera supporters, Alarmik and Adolfik, telling children about their struggle for the independence of Ukraine in a cute, fairy tale manner.

© Sputnik / Petr Zadorozhny
Nazi Collaborator Bandera, RIght Sector Head Feature on Ukrainian Notebooks
Topics on Ukraine's modern history have already been made the part of exams, during which teachers require students to know only the "right" stuff about the last year Maidan revolution and the war in Donbass.