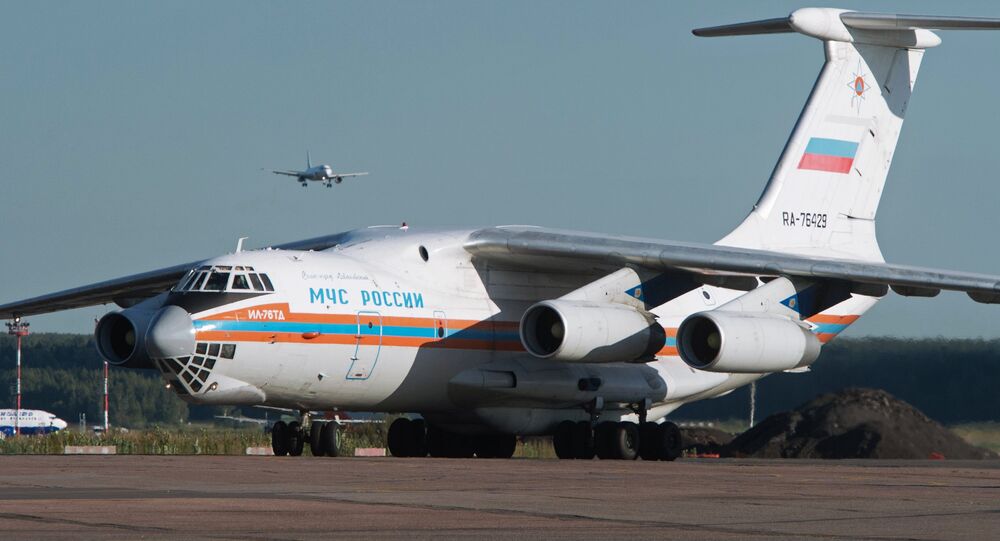 "The Bulgarian foreign ministry has refused flights over Bulgaria of Russian military transport planes en route to Syria," the spokeswoman told Reuters, adding that the decision was taken in the past few days.

© Sputnik / Lidia Ysamova
Plan B: Russia May Use New Aid Flight Routes to Syria Bypassing Greece
According to the Greek Kathimerini newspaper, Bulgaria’s decision makes life easier for the Greek government, currently coming under pressure from Washington on the issue, as it makes the question of Russian aircraft traveling through Greek airspace redundant.

Russia will deliver the humanitarian supplies to Syria through Iran, the newspaper said.

"Yes, we can confirm that Bulgaria has denied its airspace to Russian aid flights to Syria," Stefanov told Sputnik.

Press-service of Russian Emergency Situations Ministry
Athens Says Russia No Longer Needs Greek Airspace for Aid Flights to Syria
The Bulgarian Foreign Ministry said in a statement that it had banned Russian military transport planes carrying supplies to Syria from entering the country's airspace until September 24.

"The reason for the refusal is associated with incorrect information in the requests to fly over the territory of the Republic of Bulgaria regarding the purpose of the flights and the cargo," the statement said.