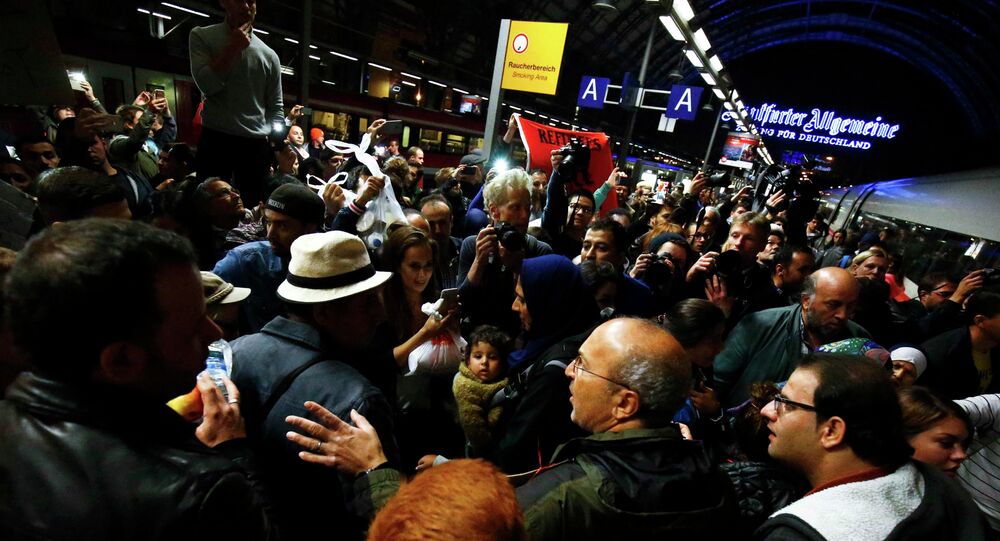 A fresh wave of migrants is expected to arrive in Austria and Germany in the coming days as Hungary decides to temporarily ease restrictions on their travel, according to media reports.

@LiveLeak
Migrants in Hungary Reject Food, Water Offered by Police
Austria and Germany are bracing themselves for the arrival of a new influx of migrants, in the wake of Hungary's move to temporarily ease restrictions on the transit of asylum seekers.

Saturday saw thousands of migrants, many of them Syrians, travel to the Austrian border before proceeding on to the capital Vienna.

The authorities of Austria and Germany pledged that they will soon provide more trains for the transportation of migrants, with the German government due to discuss the crisis later on Sunday.

© REUTERS / Leonhard Foeger
Migrants enter a bus, which is supposed to leave to Austria and Germany, at the Keleti trainstation in Budapest, Hungary, September 4, 2015

The Austrian authorities said that they expect up to 10,000 migrants in the coming 24 hours, adding they do not plan to limit the numbers entering.

Many of those arriving in Austria travelled proceed straight on to the southern German city of Munich, where some locals reportedly greeted them with applause. Police said that about 7,000 migrants arrived at Munich's train station on Saturday.

The lines for #refugees and #migrants trying to buy train tix from #Hungary #Keleti station to #Germany and #Austria pic.twitter.com/plf3mzHilH

They have already been sent to reception centers elsewhere in Germany, where they will be registered and receive food and clothing, according to the authorities.

Hungary shuts down Budapest’s main train station as hundreds of migrants try to board trains for Austria and Germany pic.twitter.com/XColO7dchm

In a separate development, Britain said that it is prepared to accept at least 15,000 refugees from Syria, adding that it wants a military action against Islamic State militants within a month, sources said.

© AP Photo / Petr David Josek
Thousands of Migrants Stream Into Austria From Hungary
Meanwhile, the EU's foreign policy chief Federica Mogherini has said that the migrant crisis is "here to stay", urging EU countries to joint efforts so as to effectively resolve the deadlock.

"In three months time, it will be other member states under the focus, and in six months, it could be others again," she said.  Federica Mogherini said.

Some EU member states are fiercely opposed to Germany's idea of pushing for a quota system to share out migrants between EU countries.

Some 300 Migrants Escape From Refugee Camp in Hungary