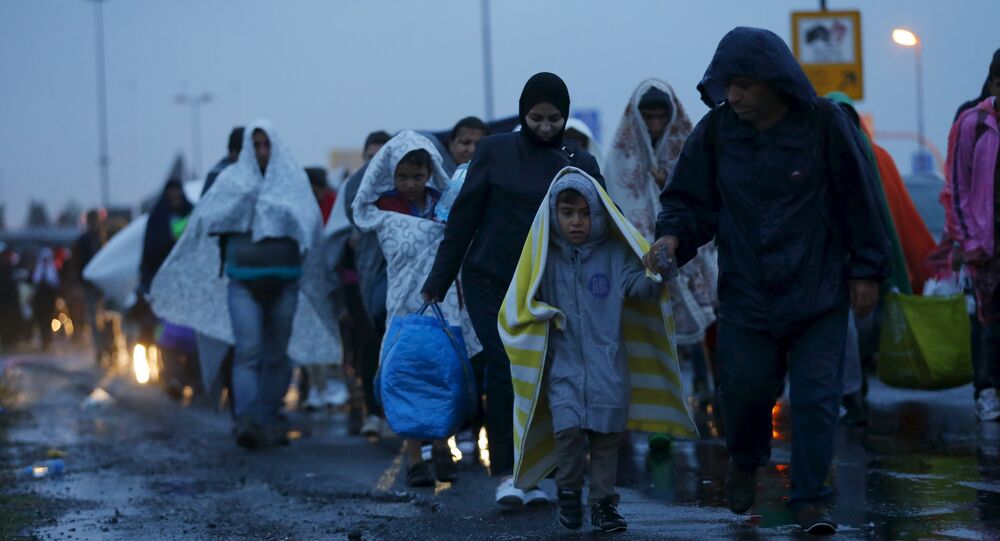 Angela Merkel said that it was a national task to provide help for the 800,000 immigrants that are to arrive in Germany this year.

© AP Photo / Markus Schreiber
Germany Needs Political Will to Solve Migration Crisis - Rights Activist
BERLIN (Sputnik) – German Chancellor Angela Merkel declared on Saturday that it was a national task to provide help for the 800,000 immigrants that are to arrive in Germany this year.

"We have always reacted promptly [to migrant issues] and are now discussing with states and communities how we can help them [migrants] in the long term – and how we can make the task of settling and integrating those immigrants who will stay with us a task of national importance," Merkel said in a video posted on the government's website.

She admitted that the draft budget for 2016 needed to be reviewed in the face of increased migrant-related expenses.

Earlier this year, Merkel pledged a billion euro ($1.1 billion) in federal support for immigrants, but she admitted Saturday this would not be enough. The German chancellor also urged every federal state to pull its weight.