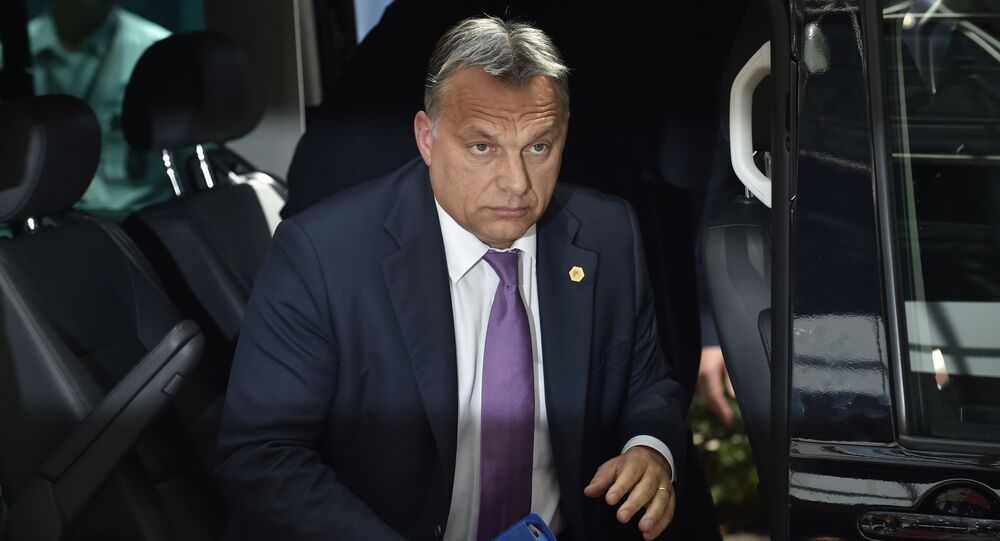 Hungary's Prime Minister Viktor Orban said that the Schengen Agreement on the free movement of people was "under the threat at this moment."

"We, Hungarians, are full of fear. People in Europe are full of fear, because we see that the European leaders, among them the prime ministers, are not able to control the situation [with the European migrant crisis]," Orban said at a joint press conference with European Parliament President Martin Schulz.

Orban said that the Schengen Agreement on the free movement of people was "under the threat at this moment."

© REUTERS / Bernadett Szabo
Migrants Stranded in Budapest Hope to Make Their Way to Other EU States
Hungary is struggling with an unprecedented influx of undocumented immigrants as the country is being used as a gateway to more prosperous EU countries by refugees from the Middle East and North Africa. Budapest estimates that over 156,000 migrants have illegally entered the country since the beginning of 2015.

In August, Hungary completed the construction of a 108-mile fence on its southern border with Serbia to deter migrants from entering the country, triggering a wave of criticism from other members of the European Union.

Hungarian Volunteer Sees No Help From Authorities in Assisting Migrants