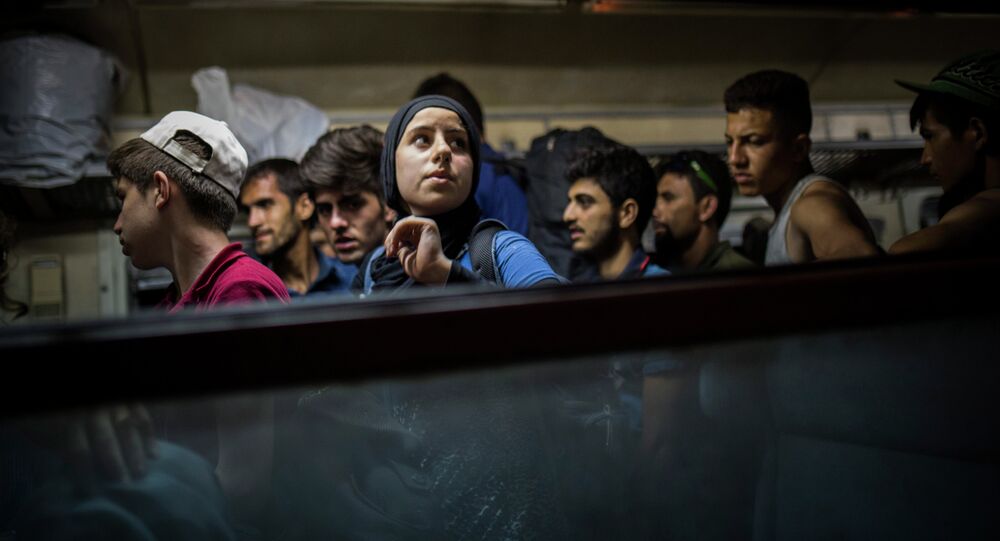 Macedonia: MP Boycott Over But Borders at Breaking Point

Macedonia, a country beset with political unrest, declared a state of crisis last week after refugees and asylum seekers clashed with paramilitary police officers armed with stun grenades and batons on the country's border with Greece.

But the country isn't just experiencing tensions on its border with Greece. A political crisis, sparked by the illegal surveillance of 20,000 people continues to cause ramifications for the future stability of the country.

© AP Photo / Santi Palacios
A Greek police officer gives orders to Syrian refugees as they wait to cross the border from Greece to Macedonia, in the border town of Idomeni , northern Greece, on Wednesday, Aug. 26, 2015

The Social Democrats, SDSM, have boycotted parliament ever since the elections were held in 2014 — protesting the results. Leader Zoran Zaev refused to recognize them as legitimate and demanded an interim government to take charge while the electoral roll was checked and verified.

But having been absent for 15 months, the SDSM are returning to parliament and their first task is to elect a new special prosecutor who will be charged with addressing the alleged illegal wire-tapping of 20,000 people. The appointment is expected to be finalized by September 15.

© AP Photo / Visar Kryeziu
Macedonian protester hold signs with the picture of Macedonia's Prime Minister Nikola Gruevski during an opposition rally in capital Skopje on Sunday, May 17, 2015, demanding his resignation.

The crisis escalated in February when the opposition bloc led by SDSM, released recordings of official's conversations which supported its claims that Prime Minister Nikola Gruevski's ruling party, VMRO DPMNE, won the presidential and general elections by fraud.

Gruevski claims the surveillance tapes were "created" to destabalize the country.

The recordings allegedly imply that the government was complicit in election fraud, abusing the justice system and the media, plus a cover-up of the murder of a young man by a police officer.

© AP Photo / Boris Grdanoski
Some 4,000 Migrants Arrive in Serbia After Crossing Into Macedonia

Anti-government riots erupted in the capital Skopje, leaving 40 people injured, including 38 police officers. Some protesters armed with metal bars tried to break through the police cordon to enter government buildings. Rival protest camps were erected leading to calls from western diplomats to resolve the crisis.

The opposition party agreed to return to parliament as part of a crisis deal brokered by the EU Enlargement Commissioner, Johannes Hahn. The deal also stipulates that Gruevski resign by December 15.

Balkans and the EU: Questionable Engagement Doomed From the Start