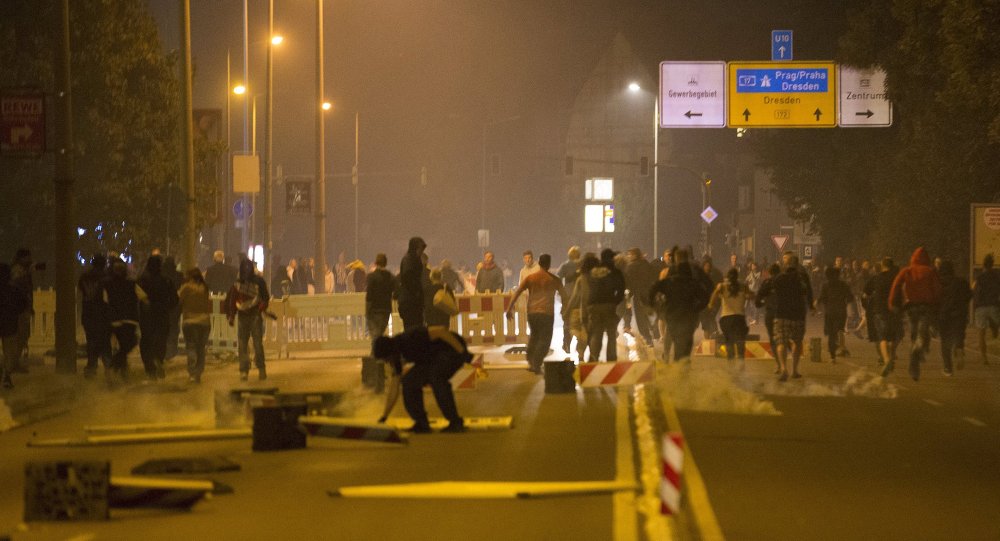 Saxony media reported on Friday that the local court had examined the appeal over the ban of protests in the German town of Heidenau, and ruled that the ban had legal force.

© REUTERS / Axel Schmidt
German Town of Heidenau Bans Protests Over Anti-Refugee Violence
MOSCOW (Sputnik) — A Saxony court examined the appeal over the ban of protests in the German town of Heidenau, and ruled that the ban had legal force, local media reported Friday.

The motion came into force earlier Friday, as the authorities banned all gatherings after a new refugee center there became the focus of violent clashes involving far-right protesters. A high court in Dresden said the ban was "apparently illegal" later in the day.

According to Der Spiegel portal, the ban was upheld after the Dresden court appeal.

A group of suspected neo-Nazis clashed with police forces over the weekend, injuring over 30 police officers. The violence came ahead of the opening of a new refugee center in Heidenau, as part of German preparations to cater for an inflow of 800,000 refugees by the end of the year.

The authorities then banned all gatherings until Monday. German Vice-Chancellor and Social Democratic Party leader Sigmar Gabriel condemned the ban, saying it had affected both extremists and "people with civil courage," according to local media.