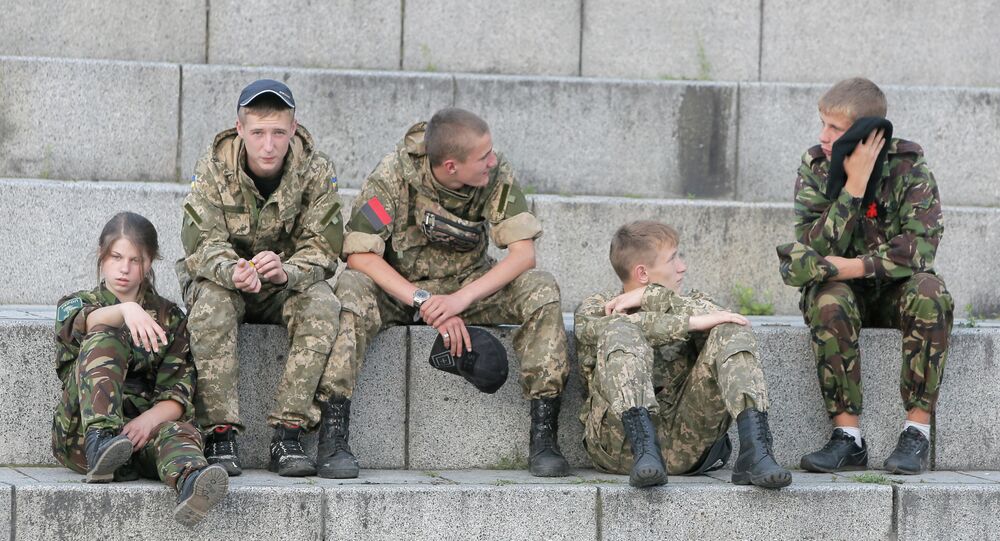 Half of Conscripts Dodge Draft From Ukrainian Defense Ministry

The Ukrainian army finished its sixth wave of mobilization on August 17, but amid war-weariness, the process recruited only half the required number of conscripts.

© AP Photo / Evgeniy Maloletka
Majority of Ukrainians Fear Country Heading in Wrong Direction
The sixth wave of mobilization carried out by the Ukrainian armed forces ended after two months with only half the required number of military personnel, after many would-be conscripts sought to avoid the draft for health reasons, stated an army spokesperson.

"The number of people who failed to appear in military enlistment offices after receiving notification of enlistment was 50-55 percent," announced Colonel Oleksandr Pravdivets.

Pravdivets said that 61 percent of those who avoided the draft did so after failing a medical examination, and that 1,500 people face criminal proceedings for evading mobilization.

© AP Photo / Sergei Grits
Fabius to Ukrainians: Stop Pointing Fingers and Stick to Minsk Accords
Courts in Ukraine have already handed down 400 prison sentences for evasion of the draft.

Of those who signed up for army service in the sixth wave, just 8.5 percent were volunteers, and 25.7 percent were unemployed, said Pravdivets.

Most of those who avoided the draft was from residents of the western Zakarpatska and Ivano-Frankivsk regions, where only 27 percent and 25 percent of the required number of recruits were mobilized, respectively.

In March this year, Ukrainian President Petro Poroshenko announced that the number of deserters in the first wave of mobilization had reached almost 30 percent. According to Poroshenko, the high figure was not because the soldiers "didn’t love Ukraine," but that "they were not trained or adequately prepared."

"They fell under the first shelling, broke psychologically and then could not bring themselves to go further in the fight," said Poroshenko.

© Photo : Youtube/sobytiya
Relatives of Ukrainian soldiers, who were impelled to serve in the Ukrainian army beyond a legally fixed period of one year, decided to organize a protest to achieve their demobilization
Earlier this month, Sergey Pashinskiy, a deputy in Ukraine's Verkhovnaya Rada, sought to quell concerns about the lack of enthusiasm for military recruitment, by talking of the "better quality of recruits."

"I have repeatedly told the leadership of the General Staff and the Ministry of Defense that when we carry out mobilization, we should not strive for numbers, but quality."

"When there was the first mobilization, a lot of volunteers who wanted to join were not able to, and they instead took people who didn’t want to join," claimed Pashinskiy.

Since March 2014, the Ukrainian armed forces have carried out six waves of mobilization. At the end of the final wave Ukrainian Defense Minister Petro Mehed acknowledged that the army had been able to recruit only half the hoped for number of soldiers, and announced that "depending on how the situation develops," the MoD has plans for another three waves of conscription.