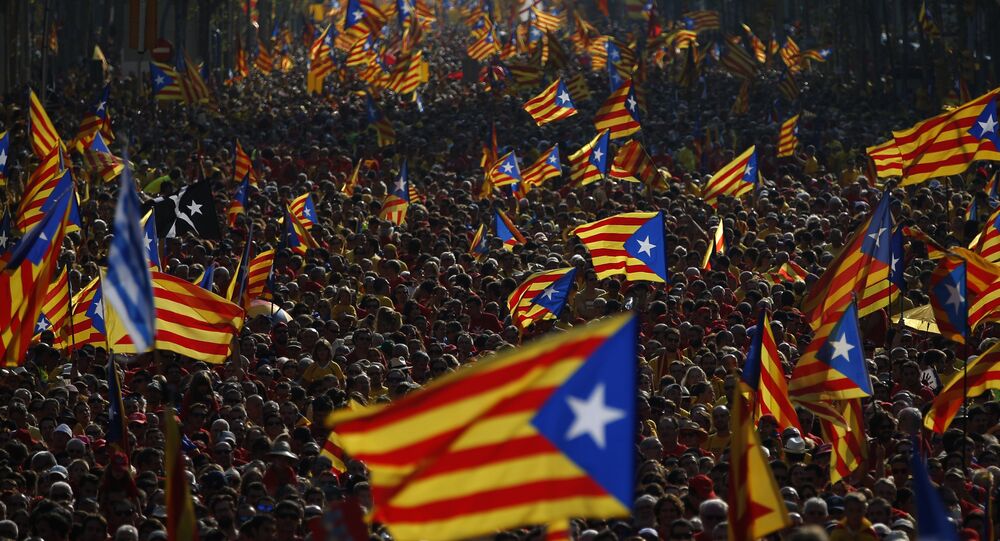 Catalan Minister of Justice Germa Gordo has outraged Spanish and French authorities by saying that Catalonia may annex some of the territory of the two countries as soon as it is proclaimed an independent state.

The shock came with realization that Gordo made his scandalous statement in France, as he was delivering a speech at a Catalan summer university in the town of Prades in Eastern Pyrenees, a department of France.

"Catalonia never forgot about other territories with a Catalan-speaking population," he said.

The authorities of these regions were insulted by Gordo’s impudent claims and didn’t hesitate to condemn his “senseless and intolerable” statements, Spanish newspaper El Pais wrote.

"Aragon’s government and locals who believe they are Spanish and Aragonian were disturbed by those claims," said Aragon’s chief executive Javier Lamban.

Valencian head of state Ximo Puig also bashed Gordo for the “flagrant disrespect” he had demonstrated.

There were calls from Socialists, the Popular Party and Nationals for explanations from Catalan head of state Artur Mas, who is considered one of the most avid separatists.

© AP Photo / Manu Fernandez
Catalan Independence Only Way to Change Political Situation in Spain
The deputy of Spain’s ruling Popular Party Jose Lopez Garrido on his Twitter account compared Gordo’s plans with those of the Nazi Germany, which turned Czech, Polish and Austrian people into “Germans” back in the 30s.

Catalonia's Pro-independence parties and civil society groups created a common political platform in July, ahead of the regional elections in Catalonia on September 27.

The pro-independence group intends to use the regional election as a semi-referendum.

According to the separatist bloc’s pact, if the citizens of Catalonia choose a majority of parliamentarians who are in favor of independence, it will start the process of creating an independent state.