Syriza Split: Is there an Anti-Left Agenda Behind Greece's Snap Election?

Greek politics has been plunged into fresh turmoil with rebels from Greece's ruling party, Syriza, breaking away to form their own group ahead of next month's snap election. The move has further fractured Greek politics, which could come as a welcome development to Eurozone officials.

The rebels announced their intention to form a new party one day after Tsipras called for another election — the third major vote in Greece since January — to be held on September 20.

Publicly, Syriza officials have said that the decision is another step in the democratic process of the country, with labor minister George Katrougalos telling BBC4 that the government needed to "reconfirm its mandate" to implement the fresh bailout, which was being "crippled by a number of dissident MPs."

"This is the essence of democracy, we do not have any problem to ask the people. We do not want to govern against the popular will."

However, commentators in Greece believe that the decision to call a snap election was triggered by a push to get rid of the radical left of the Syriza party and continue to proceed with the country's third bailout package, which although has been approved by parliament, has not yet been implemented.

Unlike others in the EU Greece is still taking democracy seriously. https://t.co/vFnsgV7CW6

25 Greek MPs have split from Syriza to form a new party called Popular Unity. They may have to look up what the word 'unity' means.

There are suggestions that 'democracy fatigue' is starting to occur in Greece, with the government turning to the electorate in order to overcome political disputes.

Tsipras seems to be trying to turn Greece into a direct democracy — quite something given that it is run out of Brussels and Berlin.

According to polls, Tsipras looks certain to retain his position as Prime Minister, suggesting that another vote will only strengthen the Syriza leader's position, as it will expel left-wing dissidents within his own party and allow Syriza to push through reforms with limited backlash.

How Will the Eurozone React?

News of Tsipras' decision to call a snap election was not considered to be a major surprise by Eurozone officials, with German Chancellor actually praising the decision.

"Tsipras stepping down is part of the solution, not part of the crisis," the chancellor said.

http://t.co/6cMIme78WG Everybody is happy with #Tsipras resignation. [#meme #merkel]

Despite months of painstaking negotiations and brinkmanship with Tsipras and his government officials, the Eurozone seemingly won the battle over Athens and managed to keep Greece in the currency while agreeing to a new set of bailout conditions. 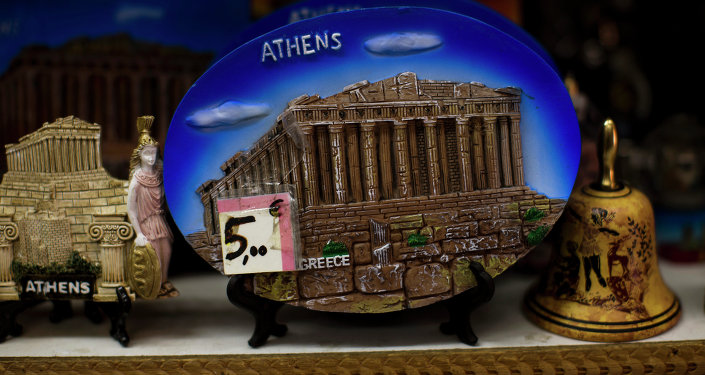 © AP Photo / Emilio Morenatti
After the Bailout: The Spoils of Greece Are Bound for Germany

While Berlin and Tsipras were aggressively opposed to each other during debt negotiations, it seems that both parties now agree that the bailout deal should go ahead.

With Syriza's left faction still vehemently against the government's decision to continue with austerity policies, and seemingly the biggest threat to the deal, any moves to reduce the power of such forces would be welcomed across the Eurozone, for fears of Greek pulling out of the deal.

Despite there being a risk associated with calling a new election, it's thought that the vote will yield a positive result for Tsipras, which would pave the way for the fresh Greek bailout to be implemented without significant opposition.