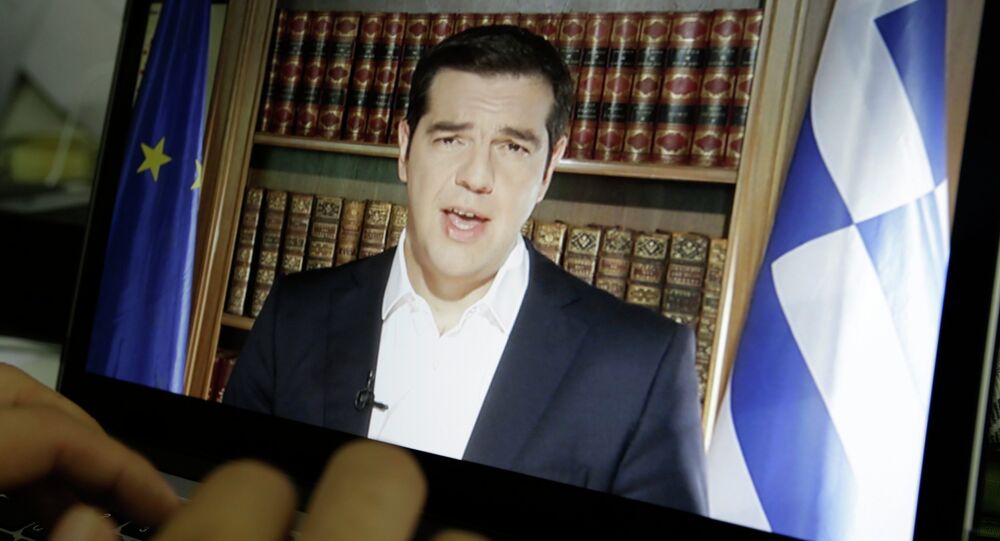 Tsipras is expected to submit his resignation to be able to take part in the election in September.

© AP Photo / Thanassis Stavrakis
Greece Puts 27 State Assets Up for Sale to Pay Off Debts
Greek Prime Minister Alexis Tsipras is to submit his resignation to the country's president on Thursday to be able to take part in the snap parliamentary election on September 20, local media report.

Tsipras is holding a meeting with leaders of political parties, Sputnik correspondent reports. He will meet the president after an address to the nation.