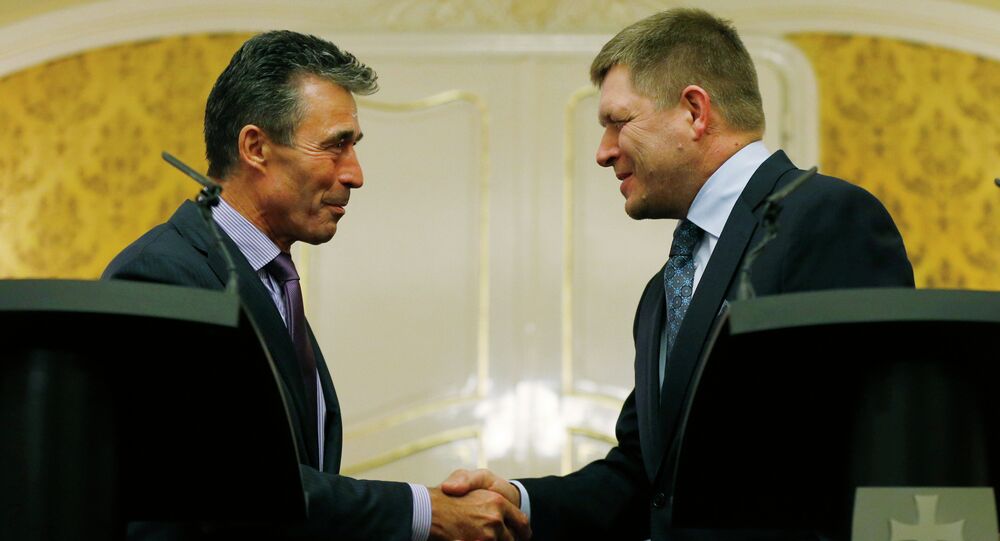 A spokesman for the Slovak Foreign Affairs Ministry said that Slovakia is not going to request the creation of a permanent NATO base in the country.

© REUTERS / Kacper Pempel
NATO Will Not Create Permanent Bases in Poland
PRAGUE (Sputnik) – Slovakia is not going to request the creation of a permanent NATO base in the country, a spokesman for the Slovak Foreign Affairs Ministry told RIA Novosti Wednesday.

“We see and understand the desire of some NATO member states to create a base on their territories,” Juraj Tomaga said, adding that “Slovakia does not request the creation of a base on its territory.”

According to the statement, Slovakia is working to establish contact groups to bring the country’s national security plan in line with the alliance’s defense policy.

During a NATO summit in September last year, Slovak President Andrej Kiska called for the creation of a logistics base for the alliance in the Slovak town of Poprad. The president’s proposal caused a wave of public discontent in the country.

NATO responded to Crimea’s reunification with Russia in March 2014 by expanding its military presence along the Russian border. The West has accused Russia of aggression toward its neighbors and of threatening behavior toward NATO members.

The Kremlin has repeatedly denied the allegations and has warned that the NATO build-up could lead to regional and international destabilization.