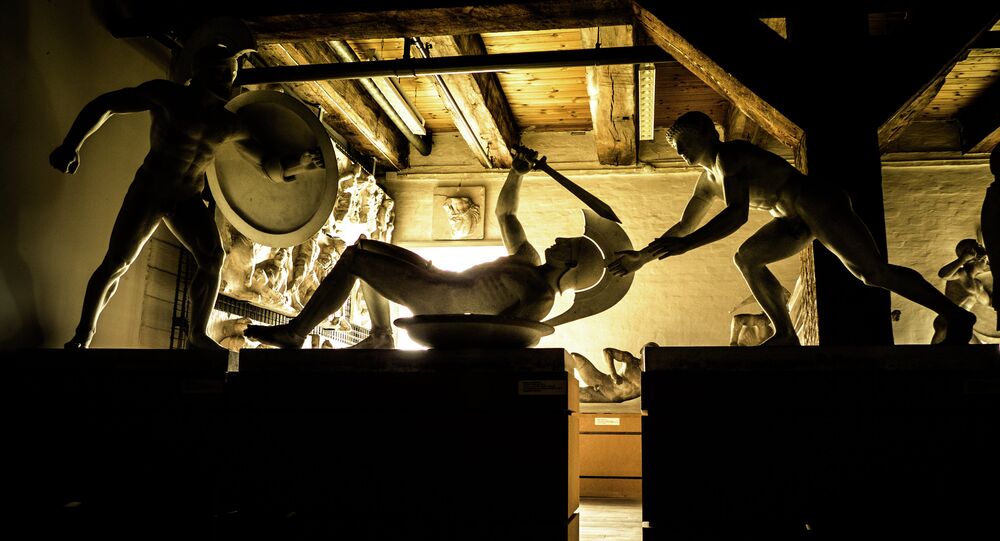 In the final act of the Greek economic drama that has dragged on for more than six months the German parliament, the Bundestag, has approved the Greek bailout package.

A total of 454 voted in favour of the deal — 113 voted against and 18 abstained — as Chancellor Angela Merkel is bracing herself for the biggest rebellion of her leadership.

Geert Wilder, leader of anti-EU PVV party said: "After the two previous bailouts, Mr Rutte promised he would not give another cent to Greece.

"He is breaking the trust of the Dutch people."

But the biggest broken promise of all rests on the shoulders of Alexis Tsipras, who won the vote of the Greek people by promising not to adhere to any more demands set by Brussels calling for more austerity measures. The Greek people voted 'No' but Tsipras said 'Yes' to Eurozone ministers, paving the way for harsher times for the Greek people in return for money to remain in the currency union.

Conversation w/ a long-time pro-Tsipras #Syriza member: Her: Would you vote for us? Me: No Her: I understand. I wouldn't vote for us either

Thirty-two out of 149 Syriza MPs voted against the set of reforms and now Greece has been given the green light by Germany. Rebellious members of the Left Platform will split the Syriza party apart and set up a new anti-austerity party led by former energy minister Panagiotis Lafazanis.

The final act may well be over — but the curtains haven't closed yet — the encore of a snap general election for Greece could very well soon play out.