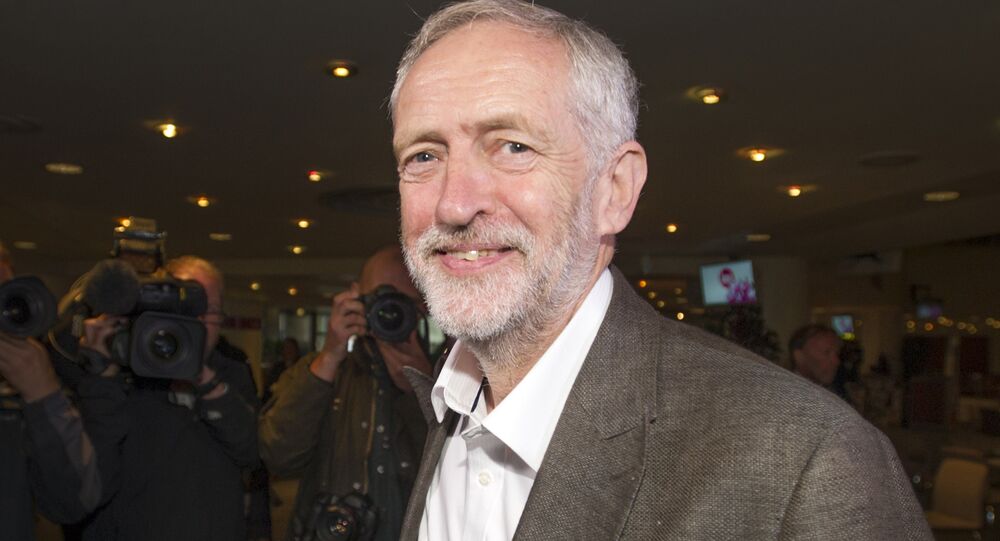 Labour leadership hopeful Jeremy Corbyn has become target number one of the British political establishment following numerous attacks on his policies. However, fresh criticism has revealed growing fears about the impact Corbyn might have on the UK's international relations if he were to become PM.

And while Corbyn's anti-austerity policies have struck a chord with the general public, his seemingly anti-Westminster approach of strictly talking about the political issues rather than getting involved in the mud-slinging aspect of politics has also been seen as another factor behind his success.

As a result, the 66-year-old socialist and anti-war activist has experienced a dramatic increase in grassroots support, highlighted by huge crowds at some of his events and rallies — a surge which has been described as 'Corbynmania'.

While Corbyn has attracted a lot of support, he has also been on the receiving end of arguably more criticism, especially from high profile members of Britain's political establishment.

Former PM Tony Blair is among the most vocal of the critics, saying Labour would be "annihilated" at the next general election if Corbyn were to be elected leader.

Most of the criticism has been based on the North Islington MP's perceived lack of electability and economic integrity, however a recent subtle attack highlighted concerns about the impact a potential Corbyn-led government might have on the UK's international relations.

Another former PM, Gordon Brown took to the stage over the weekend to speak about the upcoming Labour leadership election and the direction of the party.

And while he didn't publicly endorse any candidate or mention any names, Brown offered a thinly veiled criticism of Corbyn, echoing concerns that the party needed to be electable to make a difference, rather than just being a protest party.

Has anyone noticed that all these politicians saying #Corbyn is unelectable are actually unelectable themselves? #Blair #Brown #Miliband

In a far more direct swipe, Brown also spoke of the potential international ramifications of electing a Corbyn-led government, considering that the 66-year-old has previously spoken out against NATO, the use of nuclear weapons, and has called for greater dialogue between the West and other movements deemed to be pariah states or terrorist groups.

"If our global alliances are going to be alliances with Hezbollah and Hamas and Hugo Chavez's Venezuela and Vladimir Putin's Russia, there is no chance of building a worldwide alliance that could deal with poverty and inequality and climate change and financial instability."

As a member of the UK activist group, the Stop the War Coalition, Corbyn has been a staunch critic of western military intervention in Middle Eastern countries in recent times, particularly in Iraq, where he defied his own party orders and voted against the 2003 invasion under Tony Blair.

Earlier this month Corbyn said that former PM Blair should stand trial for war crimes in Iraq charges if evidence proved that he broke international law.

Meanwhile, he also believes a change in the nature of settling international disputes is needed, with a move away from military intervention to increased diplomacy.

"In a world beset by conflict, often around the grab for natural resources and fuelled by the greed of arms and defense manufacturers, surely it's time to reassess our priorities for a foreign policy based on human values, peaceful development and not exacerbating military aggression."

On top of criticism of Iraq, Corbyn has also been a vocal critic of NATO, arguing that the actions of the military alliance in eastern Europe have been a destabilizing factor and an aggressive force contributing to the tensions between the West and Moscow.

Jeremy Corbyn: Why it's time for Britain to cut free from #US and #NATO war policies http://t.co/Y0gvTG6VoO pic.twitter.com/iazGy60f94

"NATO was a cold war institution. It has given itself quite extraordinary powers of insisting on 2% defense expenditure of all its member states."

Despite not completely agreeing with Russia's policies, Corbyn says that more needs to be done to improve relations with Moscow.

"I am not an admirer or supporter of Putin's foreign policy, or of Russian or anybody's else's expansion. But there has got to be some serious discussions about de-escalating the military crisis in central Europe.

"NATO expansion and Russian expansion — one leads to the other, and one reflects the other."

Any seasoned diplomat would argue for good and constructive relations with #Russia, Brown is wrong to say this is weak and misguided #Corbyn

However, when looking at the 66-year-old's grassroots support, combined with his vastly different approach to foreign policy, it's easy to see why the British political establishment are starting to panic about the rise of Jeremy Corbyn.