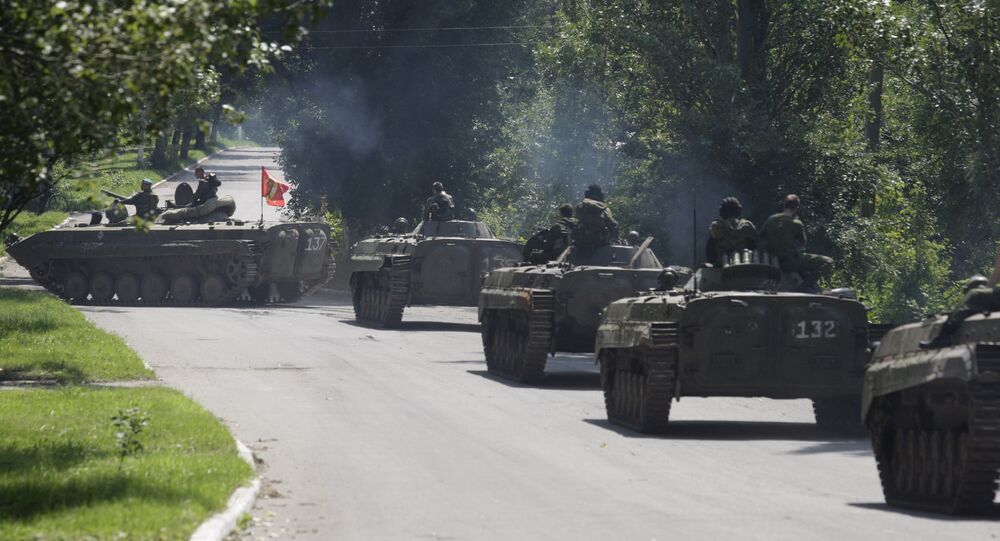 Ukraine's chief military prosecutor said on Friday that 8,000 of the country's security personnel had gone to Donbass to fight alongside local militia.

MOSCOW (Sputnik) — According to the radio station, Matios said earlier that the prosecutor general had established a military prosecution office to handle investigation of criminal activities in the eastern Ukrainian regions of Lugansk, Donetsk, Kharkov and Zaporizhia.

"At the moment we have a complete list and continue to collect evidence that 5,000 police officers, and about 3,000 soldiers sided with the enemy [eastern Ukrainian militia], they will be held accountable," Anatolii Matios was quoted by local Radio Svoboda (Freedom) as saying.

© Sputnik / Igor Maslov
Former Advisor to Ukraine’s Defense Minister Defects to Donbass
Eastern Ukrainian Donbass region has been engulfed in a conflict between Kiev forces and local militia since April 2014. Despite several rounds of peace negotiations and a February ceasefire agreement, the fighting between the warring sides continues.

According to UN estimates, more that 6,800 people have been killed since the beginning of the conflict.